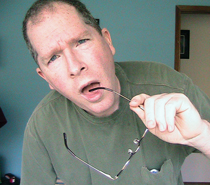 Hello? Testing! Testing! Is this thing even on?

After six records in nine years, I thought it was time to slow down the train so that new people could jump on board.

People come to shows or this fabulous place and wonder 'what should I buy?' Or I reach out to the Fourth Estate to get a bit more 'PR' and they can't figure out which button to click in the three minutes they've got to evaluate my life's work. So...

This compendium is based on a poll I ran in late 2008 to keep people busy while I was finishing Beautiful Sounds. It's the answer to the music question, 'what else ya got going?' And since the fans provided the selections, it is hopefully a group of songs that you will like as well.

On the other hand, it's late 2009 and America, if not all the world, is as polarized as I've ever seen it. (All worries about a unipolar world after the fall of the Soviet Union are pretty much dispersed now; we got plenty of us and thems!) Which is to say, these may not be your faves. I got news for ya: they ain't the songs I would've chosen for a 'sampler'. So if I may be allowed a bit of unasked for advice, feel free to use these only as a jumping off point and check out each of the album pages.

As if that weren't enough, there are also two new songs from 2009. These are songs I care about a lot but didn't use elsewhere because they just didn't fit the 'tenor of the time'.

Mixing was done in Seattle during the record-setting summer heat of 2009 (which followed the record-setting snow fall of 2008.) Mastering by Rick as per usual. Also, per usual, all the noise making was done by yours truly. Those who want some details on what gear is actually making the aforementioned sounds can find it by clicking on the Gear Page.

And also, as always, I welcome your comments and suggestions.