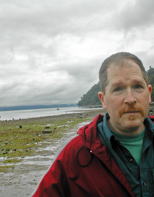 This is the completely re-mastered version of my first record Positive. Click there if you want to learn more about the 'original'. Please understand that, from this point forward I consider Positive (2010) to be the work 'Positive' and any future references in terms of commerce or discussion should be taken as such. If for some reason, you still have a hankerin' to do so, click here to purchase the original Positive. But do it quick, because, as they say on late night TV, 'When they're gone? They're gone!

When I originally created Positive I had a very different agenda than from what life turned out to have in store for me. At the time, I simply wanted to create something like a 'demo' of my songwriting and then hopefully leverage that 'product' into the eventual making of a 'real' record—with someone else's money. I had no idea people would actually buy that thing as the thing unto itself.

But once it became clear that this was my work, it also became important to provide people with a 'real' record. And that meant re-mastering. It only took seven years to get that done, but hey, who's counting, right? As I wrote on the new liner notes,

This album is a completely re-mastered version of the original twelve songs, but presented in a somewhat different running order. None of the notes I played on the original recording were ‘changed’, so let’s consider this version merely to be more like what to I intended it to sound like in the first place.

I made no attempt to 'fix' various mistakes I made as a musician back then, only to clean up the sound field so that you can hear everything, including all those mistakes, a lot more clearly today. The clarity and balance of the mixes is what I consider to be the singular measure of this album's success or failure.

Now the change in running order from the original is a bit harder to explain; or rather to justify. I did so simply because I was told over and over that the original order made the entirely wrong impression on record reviewers and casual browsers. Which is, of course, nearly everyone these days. In other words, I was told it was necessary to start with more of a 'bang' in order to better grab, and then hopefully hold, people's attention.

As I used to say so often, "I welcome your comments and suggestions and please do check back here often." I am eternally gratefully that so many of you have done so. And because you have done your part, I fully intend to do mine and will continue to "guarantee a regular supply of new (and hopefully interesting) things for your dining and dancing pleasure."