Re: The Solid State Siren…

Re: The Solid State Siren… 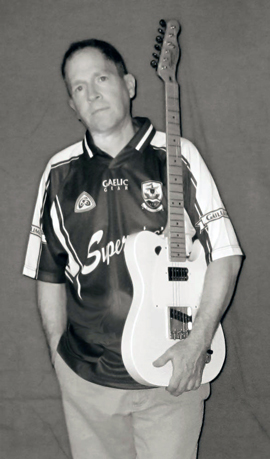 I am not by nature an ‘electronica’ kind of guy. I do not like much of the music that is created by computers and synthesizers these days because it is so mechanical and shallow. Part of my distaste is a fear that such music accurately reflects the state of the world (or rather the state of people in the world.)

And the other part is that I believe these new tools tend themselves direct the music. Just as ‘tweets’ encourage a certain type of communication, software and hardware tend to box in even the most talented and strong-willed writers. Since the advent of sampling and loops and all that, ‘electronic’ kind of translates into ‘time saving appliance’. Most of the stuff I hear is frankly about making collages. Pre-fab has a place, after all that’s how much of society works these days. And making repetitious sounds in a world of repetitious computers also makes sense. But to me, these forces represent ‘the siren’; a way of working with that dulls creativity with a combination of convenience and appeal mainly to the viscera.

Remember when electronic music was new?

Me neither. But I can say that back in the day, electronic sounds were ELECTRONIC. The sound effects you’d hear in all those sci-fi films were fantastic because they were being created to be as other-worldly as possible. Freed from the constraints of western music, the pioneers of electronic music made some truly amazing sounds. The proof of their value is that, even fifty years on you still hear the same sounds used. And you still don’t hear anything like ’em because they took an age to create.

What I tried to do with this record is return to how I felt listening to really cool electronic music from my childhood. (I still wonder for hours how they made some of the sounds on ‘Dr. Who’.) There were emotions that one could get to with the machines that you could never get to any other way. The trick is this: musical instruments are like horses. They try to run you as much as you try to run them.

When you play a guitar or a piano, one naturally falls into certain ‘riffs’ which are innate to the instrument. Over time, it gets harder and harder to play anything really original because more and more one tends to fall back on those familiarities that sound ‘natural’. That’s the siren. Great players find a way to come up with something new. The rest of us, just play the same pleasant clichés and get lost. Machines are even more controlling. It’s very hard to resist all the wonderful things one can do now with a computer just by pressing one button. It’s the very ‘glamour of evil’ as they used to say in church. 😀

Mixing was done in Seattle during the winter of 2013. As per usual all the noise making was done by yours truly. Those who want some details on what gear is actually making the aforementioned sounds can find it by clicking on the Gear Page.

And also, as always, I welcome your comments and suggestions.