Re: Songs From Detroit

Re: Songs From Detroit… 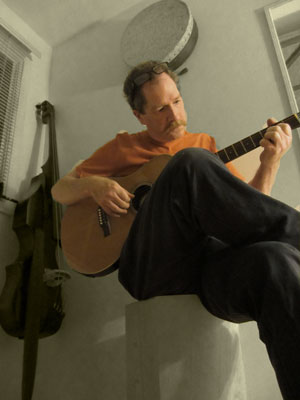 This album is a compilation of material drawn from my opera Detroit. These sounds were originally generated for utilitarian means. In today’s world, one composes in a computer. This gives one the ability to generate the notation the players need and listen to a ‘mock up’ of the score. In short, a lot of this album started as ‘demos’ for all the stakeholders: not only the orchestra and singers, but also potential investors.

That said, this album is certainly not a collection of ‘demos’. Two differences come to mind: first since I am the singer on all tracks and remain a baritone, many of these songs are not in the same key as in the opera. Secondly, since ‘Detroit’ is a through piece of music; not a collection of ‘songs’; I have taken the further liberty to mold the materials into ‘songs’, substituting parts where appropriate (mostly in improvised sections where frankly a ‘real’ guitar solo sounds far better than a synthetic saxophone.) And finally, since I do have the chance to play the ‘band’ parts you get the ‘added value’ of how I would do them. On the whole, although these songs are “Detroit” they are something quite different from the opera. In short, they are meant to be presented as ‘songs’ and not as a ‘concept’. If you want ‘the concept’, I suggest you seek out the opera.

There is an obvious problem in doing these songs; a problem severe enough that I resisted doing this album for quite some time. I fear that anyone listening to this will assume that the way I sing and play here is the way I expect singers and players to execute there (ie. when performing the opera.) This album is stand-alone. It is no performance guide. No, no, no. First off, if my first hearing of Stravinsky had been with an orchestra led by Stravinsky I would not have gone on to appreciate Stravinsky. The lesson here is that it is the performers who bring the work to life. I do not claim to offer a blueprint.

So why do this? Exposure. Well, Duhhh. Since composers have been writing opera, composers have been re-purposing their long-form material in various ‘popular’ formats to drum up business. If you like these songs? Good. If they make you want to seek out Detroit The Opera? Even better.