I have been wanting to do a large scale piece since I was in college. But frankly, I never had the material to work with. I remember reading how Brahms struggled so hard to publish his first pieces. He felt so unworthy and ‘unprepared’. And if Brahms felt unworthy? I mean we’re talking Brahms. Have you ever seen a picture of Brahms? Well, I just happened to have one in me back pocket… 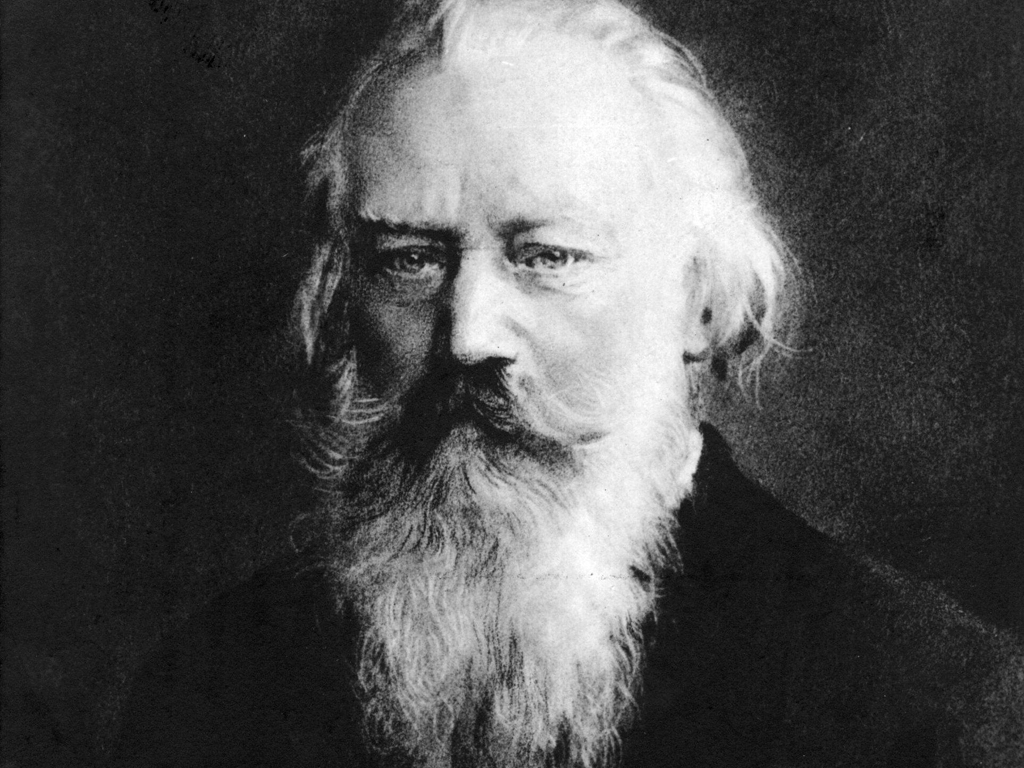 I mean seriously. Unprepared? This is a guy who looks like he prepared just to take a dump every morning.

The thing is, the more that I’ve learned about writing music, the more I understand how he felt. Because the more you write, the more you realise how easy it is to cheat.

Look at most Hollywood film scores. Even the best ones tend to be weak these days. Why? Everyone learns in their first composition class how to take one or two melodies and then ‘thematically develop’ them into wall to wall sound. Big deal. When Beethoven took four notes and made a symphony? That was thematic development.

It struck me that the only way to do a long form piece was to wait until I had an idea that was big enough. Otherwise, I would be either:
a) Stringing several small ideas together just to make a ‘show’ or
b) Stretching one idea out like taffy as in crap movie music.

Neither of these are worthy approaches. The material itself had to provide the answer. And it took until I was fifty-ish to find something I feel I can do.

A word on terminology and conceit

No one is more cognisant of the baggage that comes with words like ‘opera’ and ‘aria’. I hate ’em. Hate ’em. The thing is, I can’t come up with anything better right now. Music Drama? Oh that sounds waaaaaaaaay less pretentious. 🙄 I struggled with this for a long while as I previously discussed. And frankly, I gave up fighting it so I could start writing it.

As I’ve ranted on before, certain words in the language have been co-opted (‘gay’, ‘awesome’, ‘fabulous’ always seem to come to mind.) They will never mean what they used to so I will never be able to use them as I would like—which is a shame because I’m not certain there are currently adequate replacements. Opera is like that. I just can’t talk about opera without either thinking of:
a) Some 300lb. woman trying to play Cinderella. Or…
b) Some Professor Poindexter trying to convince me why all the repetitious claptrap in works by Phillip Glass are really just sooooooo profound, dahling.

And face it; neither can you unless you’re either:
a) Cinderella’s brother or
b) Poindexter’s TA.

So that’s where we are.

But Detroit has everything I wanted in a big idea. First of all, it’s frickin’ ‘high concept’. (Quick, when I say ‘Detroit’ what’s the first thing that comes to your mind? Violence. Poor black people. Or maybe a burnt out neighbourhood. Or a broken old skyscraper. I thought so.)

Secondly, with all the focus on the current downslide, people are generally unaware of it’s glory days.

Third, it has a real Shakespearean quality. All the grandiosity, arrogance, hubris, stupidity and failed dreams of Lear or Macbeth. You have this fantastic rise and period of grandeur that no one now recalls—simply because the fall has been so epic. And that right there is the stuff of tragedy.

To give you some sense of what Detroit was, I’m gathering together some piccies and articles from various historical sites that illustrate the city in it’s heyday. I’ll post them in the Detroit Archive of this blog.

Well, That’s Great: So What’s It All About?

Basically, ‘Detroit’ is about my grandfather. Or, rather, it’s about any guy who comes to America to make his fortune. He gets here and one can debate whether it’s the place that energises and catalyzes his success; or the other way around. There is so much growth and so much power generated that a sense emerges that the current state of affairs is now the way things will always be.

I’ve written something of an ‘overture’ with the three main themes (both musical and character.) It’s not really an overture in the sense that it’s really the three big ‘arias’ I guess you’d call them that are the key destinations on the journey. I’ll post this shortly. For now, the lyrics may be found here.