It’s About Time: Yes Inducted Into Rock And Roll Hall Of Fame For 2017 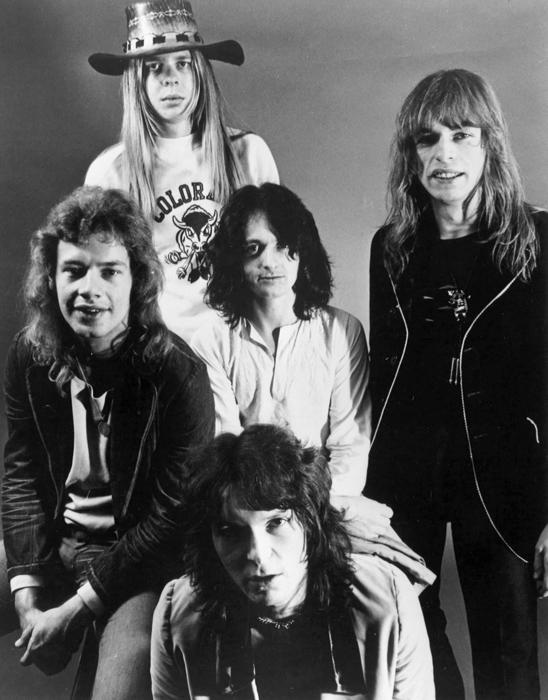 Well, they finally made it. If you read the short bio on the site, it’s actually pretty good. The piccie they chose for arguably the defining progressive rock group? Nicht so gut. Bill looks a bit out of place. And Rick? That hat? Oy veh. (He never did quite look comfortable in the mold of astral traveller, now did he?)

Regardless, THREE CHEERS. Look, I’ve made no secret of the fact that Yes is my personal fave of all times. Lots of people say they have one record that “literally changed my life!!!!!!!” And for me, Yessongs is it. I can never say enough good things about that album and what it means to me.

And frankly, I thought they’d never get in. Time has passed and the whole idea of the Hall Of Fame has become (like the Grammys) truly diluted and polluted with stuff that is a million miles from the original […]

Merry Christmas! Why aren’t there more JC’s in the world! Why the disconnect between ‘Prog’? A marketing contest. With prizes! SnapChop! Tool. Periphery. Transatlantic. Butch Cassidy.

Roger CortonThe comments we got on our last Chat were mostly, “Are you guys fighting?”

JCHYears ago, when my ex and I were scouting locations for our wedding, we met with an old couple who had an old farmhouse they rented out for such events. They were talking about some memory and then they started having the most pleasant disagreement about whatever. And the old man said, “Dear, are we arguing?” And the woman said something like, “Well, I suppose we are. It doesn’t matter, Dear.” And then they both laughed and we moved onto some other topic. It took me a loooong time to realise that they really were arguing! That was their ‘argument’.

RCWhy did that stick with you?

JCHBecause that’s not an ‘argument’! It’s like in Crocodile Dundee where the mugger threatens Dundee […]

If you’re seriously about your art, you think of your work as your babies. Lyrics in Progressive Rock. Gay people kissing in public? Greg Lake, RIP. Those Moody Blues poems. The lyrics drive the music. Is a secular Bach even possible? A Dan Brown festival in every piece.

Roger CortonTwo years ago you ranted on Why So Serious? Despite my feeling that it is marketing death to indulge you, at that time I promised we’d get back to that. So here I am, keeping my promise to shoot you in the foot. Again. OK, you have the floor.

JCHWow. With my bleeding foot. So… remind me not to invite you to my funeral (laughs).

OK, I keep thinking about the new Dream Theater record (The Astonishing) from last time. Every fan I’ve talked to about the record says two things: a) How ludicrous they find the lyrics. b) But they simply don’t care. And you agreed.

A question we get a lot: Why doesn’t JCHMusic have a full-time band? Band Fantasy Camps. Dream Theater. Composing for the material vs. the band. Switching instruments can be tough as one ages. Max Headroom.

Roger CortonSo the response for Progress seems to be really good! You’re already on your second CD run. And you’ve been a busy boy. Already planning a solo tour! This is good!

JCHIt is good. I have to say that this is the first record I’ve ever done where I felt pretty good about it out the gate.

RCSo you’re going the solo tour route. One question we get a lot is ‘why no permanent band’? Care to address this? Again?

JCHSure. It bears discussion ever couple of years. Although, ya know, there’s the odd few billion dollars in it for the guy who can come up with a simple way to make web sites repeat relevant content periodically. Sort of […]