Why the ‘divide’ between ‘classic prog’ and ‘modern’ prog? “It feels to me like the kids who dig ‘Modern Prog’ as they like to call it, have almost no connection with the source material. That’s what bugs me personally. Usually with music, the people who dig a newer version of a music still enjoy the source material from which it sprouted.” 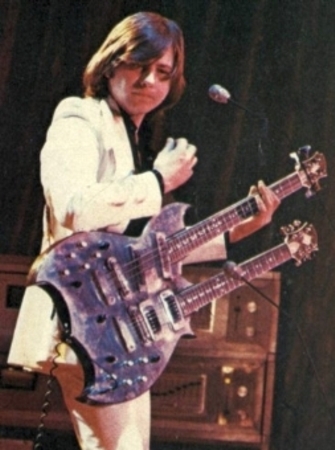 I was on a plane recently, listening to the Emerson Lake & Palmer album ‘Trilogy’ as the miles flew by. If you’re a progressive rock fan–or even just a ‘classic rock’ fan–it can actually be hard to listen to such a chestnut as this. It’s like listening to Beethoven’s Fifth Symphony for classical music lovers. Some tunes are so familiar that we can’t even really hear them anymore. Or even worse? They sound almost cloying.

But ironically, there’s a reason we get so jaded, right? They wouldn’t be ‘classics’ if they hadn’t deserved enough listens to wear out the grooves in the first place. However if one does make the effort to hear a piece with fresh ears, the rewards can be phenomenal. (The advantage that classical music has over progressive rock is that we can get a fresh perspective simply by listening to another version of Beethoven.)

Anyhoo, I listened to the outro solo on “From The Beginning”, which starts with a one-pitch bass fill. It’s just one […]

A Professional Musician Comments On Our National Anthem 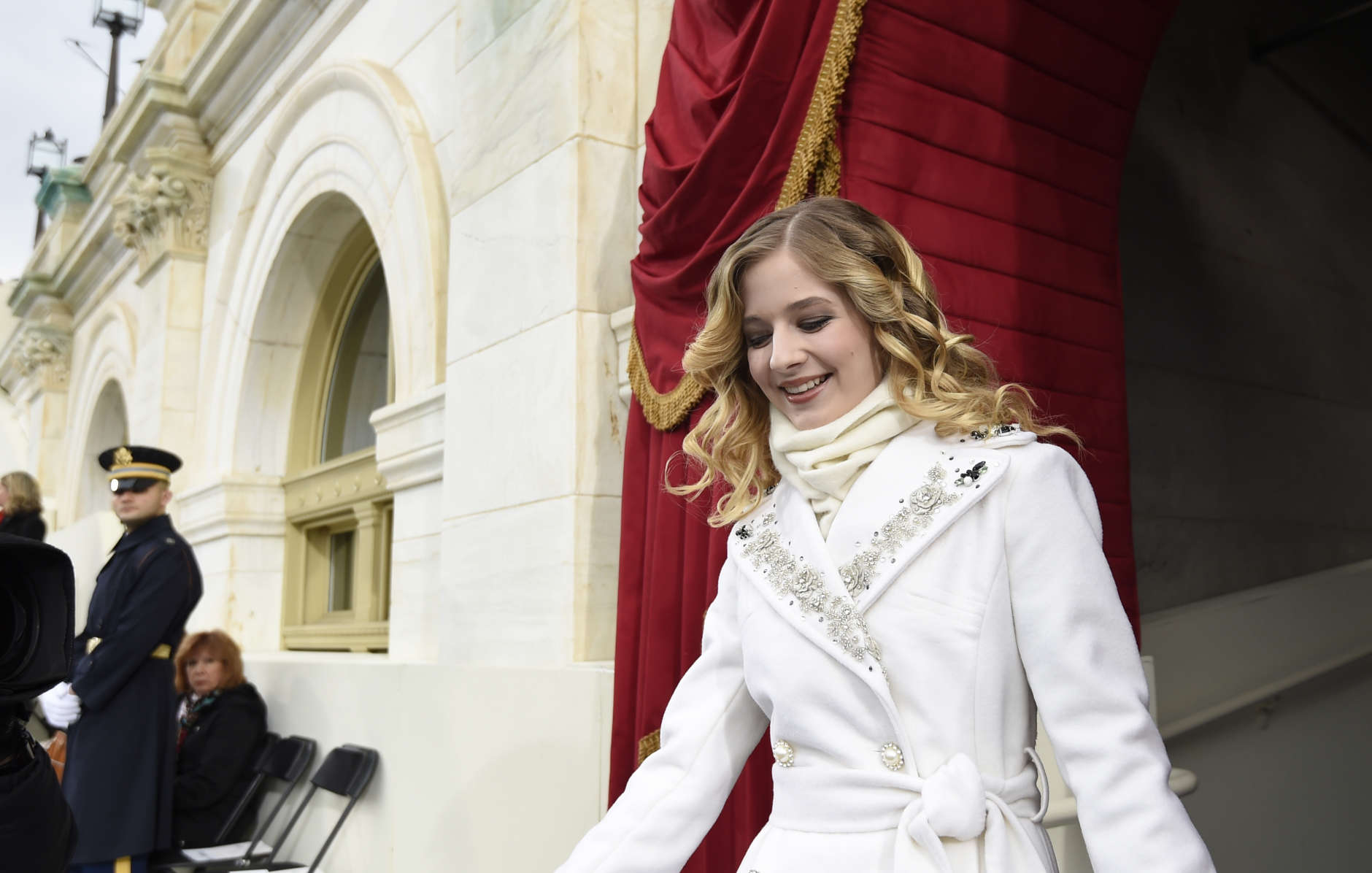 Jackie Envancho Sings The National Anthem At The Trump Inauguration

“So JC, as a professional musician, I’d like to get your opinion of the gal who sang the national anthem during the inauguration today?”

I’m glad you asked. From one POV, it was completely appropriate: both gaudy and over the top.

“That seems a bit harsh. Can you give me a specific example?”

Sure. Take the long note on the word ‘free’ in the last stanza. It’s sung on the fifth note of the scale. But whenever you hear the singer use that as a springboard to jump up to the tonic (4 steps higher)? 9 times out of 10 they’ve jumped the shark.

Now if yer in the band, you’ll explicitly wonder, “Is she going to GO FOR IT?”… meaning, is she going to try that show-off maneuver. And speaking frankly? We’re kinda hoping for a truly ‘epic fail’. It helps us maintain attention.

But of course the audience also unconsciously wonders exactly the same thing–in the same way that people at a NASCAR race will secretly wonder if the driver is about to hit the wall going into the final hair-raising turn. Or maybe it’s like being at a Greek party in college and you’re encouraging some poor fool to CHUG-A-LUG, CHUG-A-LUG that whole quart of beer. Total schadenfreude. If yer human, down deep, you cannot help but root for the flaming crash. A part of you wants the singer to have a complete humiliation for having the GALL to attempt such tasteless showboating. As the ancient Greek gods punished anyone with hubris.

“Yes, but she didn’t crash and burn. She hit that note pretty clean, didn’t she?”

Point taken. However, this is not the Magic Flute and she is not playing Queen Of The Night. Whether you hit that note or not, irrelevant. The moment you try, you’re guilty of high crimes.

Like I said… because the moment you engage in any gymnastics like that? You’re saying to the audience, “Look at me!” and taking attention away from the song. And in this case, when people are supposed to be engaged in the most profound reverie about their nation and the transfer of power? Making it about you is musical malpractice.

“Thanks for setting me straight.”

That’s what I’m here for.

Spring Tour 2017, dubbed Slow But Steady. Trademarking. Come To My Town. On-line dating. Modern Romance. Keith Emerson. What’s it like to host a house concert? Come ‘N Get It.

Roger CortonBack on the road? And you’re gonna COME TO MY TOWN!

JCHI should trademark that. You know, get the little ‘R’ thingy?

JCHSold! Come To My Town. TM. But the real kick for me is that you finally get to see how the sausage is made.

RCOr to put it more accurately, I get to be the sausage maker. (laughs)

JCHBecause you, my friend, are about to become an impresario. 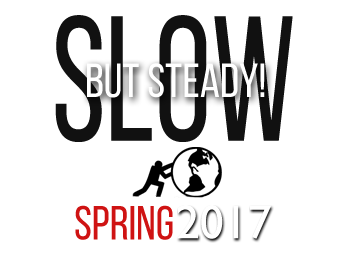 RCYes, I’m taking the plunge. I filled out the form and now I, that is we are going to Host Your Own Concert! 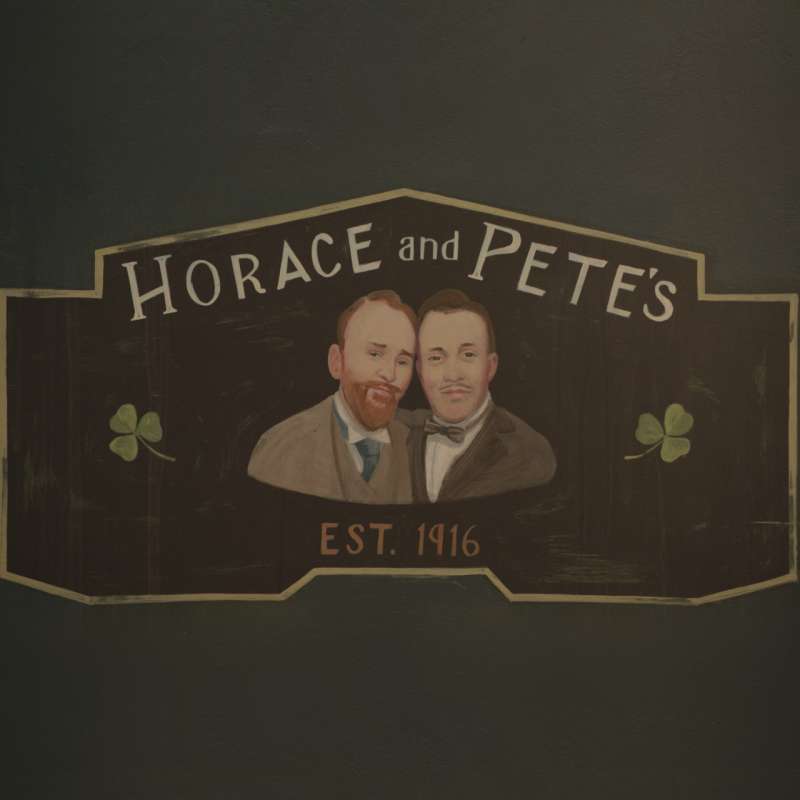 JCHI recently saw a bootleg episode of this web TV show that Louis CK did called Horace And Pete. And it was a bit scary for me on several levels.

JCHSorry for the detour, but you know how much I revere stand-up comedy, right?

RCRight. I believe you’ve even called it the most difficult of the performing arts.

JCHWow, you actually do stay awake during these things (laughs). OK, since Lenny Bruce, adventurous comedians have wanted to take it long form… go beyond comedy to real ‘storytelling’. Like Mark Twain. Just go into the realm of, I guess you’d call it ‘high art’.

RCOK. I seem to recall being told that Huck Finn was ‘great art’, so I’m with ya so far.