Epic, the new album by JCHMusic ships today so come and get it. Duke Ellington. Dignity.

JCHIt’s here. What more can I say?

JCHEpic is an album containing the most popular long form pieces… 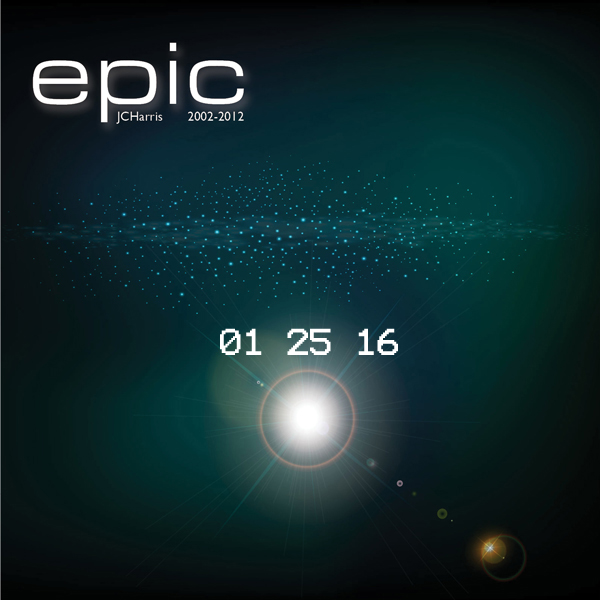 JCHYes, as progressive rock devotees like to call long form pieces, the ‘epics’ from my previous albums.

RCDamn. Is that how that’s pronounced? As a hobbit might say, ‘that Irish sure is a jaw-cracker of a language.’

JCHWhich part of ‘surprise’ isn’t clear to you?

RCTouché Anything else you want to say before we declare this the shortest rant in JCHMusic history?

JCHJust to reiterate for new visitors that these are new versions of each piece. The pieces are all completely re-mixed and in some cases, re-arranged with new material. As we’ve performed these pieces over the past ten years, they’ve changed, I’ve changed and so what you’ll hear on Epic is something quite different from the original album versions.

RCBreaking the fourth wall for a moment, folks I can attest to this. These are amazing. I would like to ask you why you felt the need to do this album?

JCHWell, aside from wanting to milk a few more bucks out of the same cow? No seriously, I’ve ranted before on how many versions I have of various Duke Ellington songs. I probably have forty copies of ‘Take The A Train’, for example. I always marveled at how the guy was constantly re-imagining the same pieces into really great new versions. He wasn’t just recycling the hits; he was making them almost into new pieces. It’s often hard for me to choose one ‘favorite’ version of some of his pieces because so many versions are so strong. Well, I wanted to capture just a fraction of that with Epic.

JCHI’ll admit that some of the pieces are merely ‘better’ versions. I’ve got ten years of improvements to my recording skills so they oughta be! But a few are not just better but yeah, I think of them now as different. If I’ve succeeded here, real fans will want to have both versions because each has something valid, but different, to say. Anyway that’s the theory.

JCHWell, except for one thing.