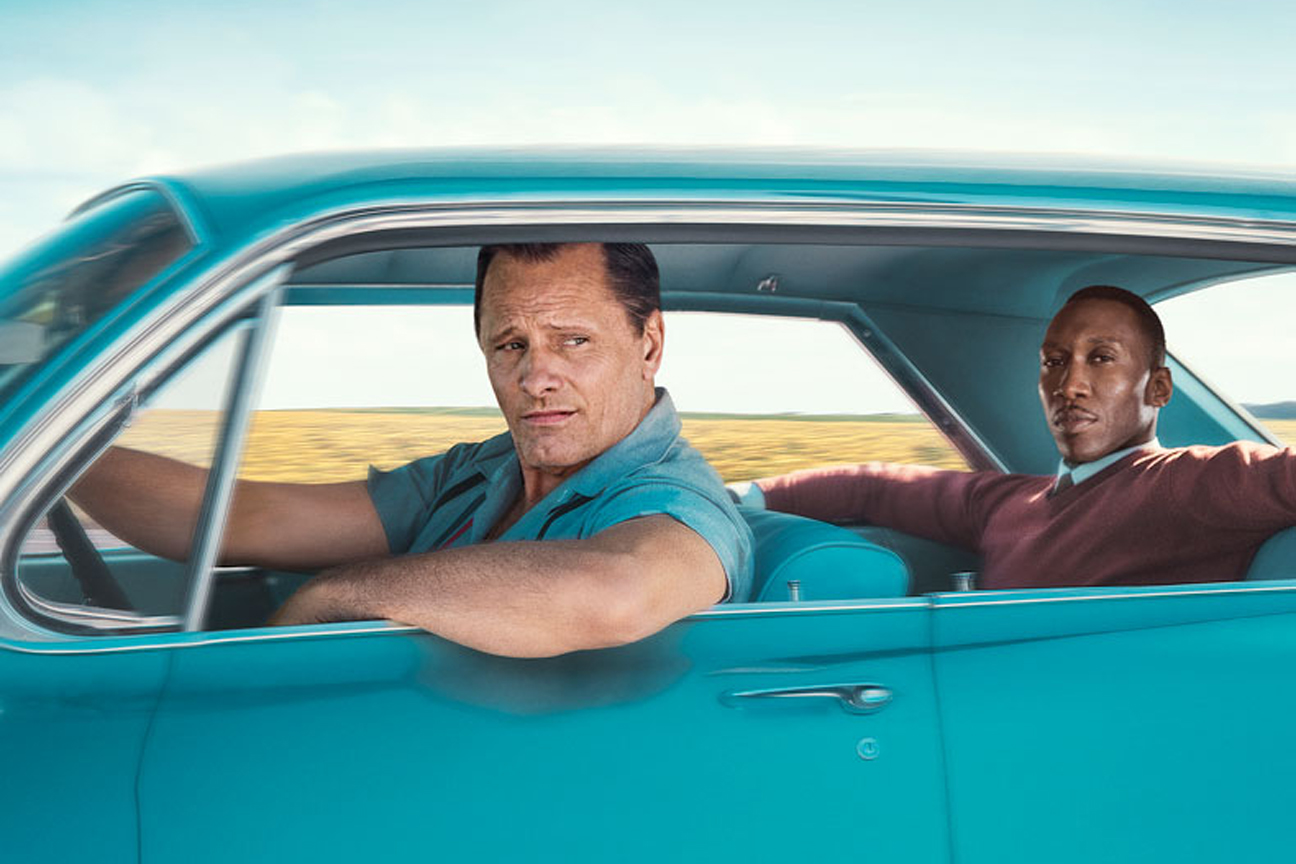 Roger CortonSo why are we still talking about Detroit when you’ve got a whole new album and opera about Ireland?

JCHWell, a while back I mentioned that I was still getting some interest in Detroit. And I don’t think it’s a coincidence that this coincides with Black History Month. I went back and checked and duuuhhhh, all the initial inquiries about the score seem to have occurred around this time of year. I just never put two and two together before. What got me really thinking about it was that movie ‘Green Book’. Did you see it?

RCI did see it.

RCI liked it it. It was a little cheesy but that’s OK. I had no idea who Don Shirley was, though.

JCHHey I didn’t know who he was either. I’d read about him in magazines but he wasn’t exactly a big name. But yeah, they don’t really explain him very well in the movie.

RCI can see why. What does this have to do with Detroit?

JCHWell, at least in the liberal media, there is this unending talk about movies, TV, everything being ‘so white’, right? And Green Book is supposed to be this fantasy relationship that shows up again and again in movies and TV but it never happens in real life. Which is total bullshit and one of the complexities I wanted to discuss in Detroit.

JCHOne objection to movies like Green Book is that just by Viggo’s character being around the magical black man, he is somehow uplifted out of his racism. And it makes white audiences feel good about themselves, right? The argument is that it’s all bullshit for a bunch of reasons, not the least of which is that white people do not change just by driving around a cultured black man. You can have people living and working together all the time and they still will never rise out of their racism.

JCHWell I’m here to tell you that that is at least partially wrong.

RCBut how can you say that? Your own story is about men working together and then after the riots, they immediately start moving into separate neighborhoods as fast as they can.

JCHThe thing I learned is that nothing is black and white and that change happens over many generations.

JCHI won’t even dignify that. Look, there’s this continuum of racism that requires soooooooo much patience and persistence. One way you can see it is what I call “home speak” versus “public speak”. For example, Lillian JC’s grandmother and one of the characters in the opera “Detroit” didn’t consider herself a racist. But she called black people “schwarzes” sometimes at home. Stanley had lots of black friends at work that he drank with. But at home? They were ‘niggers’. That was his way of speaking around the house. He knew not to speak that way in public. He well knew it wasn’t cool. But he wasn’t some guy who would wear a hood or lynch people or break the law or even vote for someone like George Wallace. But just from that language? He would now be labeled a total racist.

RCI’m not sure I get your point, then.

JCHMy point is that the City Of Detroit was like how they talk about Democracy being the worst possible form of government–except for everything else. It was this place which threw together all kinds of people to work together with good paying jobs and they actually did make some real progress, despite having some pretty corrupt government. And if they had actually had a decent government, they could have gotten a lot further and maybe avoided the powder keg. But even so, you can’t ignore the fact that a lot of progress was made just by having people living and working in proximity. What you can see now, after fifty or sixty years of people sorting themselves into their separate corners? It tends to just make things worse.

JCHPeople got so worked up about what was not working that they ruined a lot of progress that had been made. The thing I realized. And it’s a hard lesson. And it hurts. God it hurts. Is that this shit does take time. But the only guy who can say that and get away with it is someone like Obama.

RCAnd even from him then it’s asking a lot.

JCHEven then it’s asking the fucking world. See I saw you wince when I used ‘the N word’. But I know you grew up with that right? Tell the truth.

JCHRight. Look I don’t know how to say it so it doesn’t sound trite but IT WAS A DIFFERENT TIME. You could never educate some guy like Stanley to not say that word. You can’t make too big a deal about it.

RCYou realize how racist you sound now to a certain percentage of young people, right?

JCHI know! That’s the irony. Look, Lenny Bruce had this legendary comedy bit where he’s Kennedy after his inauguration introducing his new “diverse” cabinet. And he introduces each person with the worst racial epithet imaginable. “I’d like to start of tonight by introducing the new niggers in my cabinet. And next, here’s my new kike Secretary Of Defense. And here’s my Wop Secretary Of Agriculture.” and so on… And he goes on this whole rant about how you just keep saying these words over and over until they lose all their power. Richard Pryor picked up on it. Carlin picked up on it. They all revered that bit. Because they knew you just could not dictate to a large segment of people at that moment in time to stop saying those words like you can now. So his solution was to make it a total joke. There was even this bit on Star Trek about it:

RCI remember that. But now things are different.

JCHNow things are different. At some point, the idea of zero tolerance took hold which makes perfect sense. But I always come back to the notion that we’re like the Israelites in the desert. The old generation of Lillians and Stanleys simply had to pass away to get to a better tomorrow. But people like them are not the Alt Right today and it’s a mistake to conflate the two. We have to go through these transitional periods and not act as though life has been total shit up until the present.

RCI hear ya. But I’m still not clear on what got you so riled up about this.

JCHQuite by accident I stumbled on this podcast by a comedian Marc Maron. I guess he interviews celebrities. He’s good friends with Louis CK. And his producer was going on this whole rant about how worried he was that they had interviewed all these guys involved in “METOO” scandals and how the whole country was going to hell on so many levels. Anyhoo, he played a clip from an interview he did with Obama back in 2015-2016. And it was really interesting because he’s doing right after another mass shooting and right before the Supreme Court is about to rule on ObamaCare. And he’s just gotta be like no big deal. Two guys having a chat. I mean, like Billy Dee Williams chilled, right? It’s fantastic because just hearing him speak calmed the entire tone of the show down. I mean for them (laughs).

JCHAnyhoo, what I dug was that, at the end of the day, for all the sheer energy he creates on all sides, he’s a total incrementalist.

RCI guess that comes across as asking people to put up with the status quo forever.

JCHI know it does. But that’s what I was trying to get across with Detroit. How schizophrenic this all is. You have to keep pushing like crazy. But at the very same time you can’t drive yerself nuts because it won’t happen any faster. But any talk about patience comes across like one is not only tolerating the status quo but maybe even enabling it and that is just BULLSHIT. I don’t know how to express that. Obama could.

RCWhile you were talking I was thinking of one of those Kung Fu movies where the Kung Fu master is always calm, but he’s always ready to fight at the same time.

JCHTHAT’S IT! It’s the Bruce Lee School Of Race Relations! (laughs) Anyhoo, a big part of the opera “Detroit” was the idea that all these families come through the same house and get the same shot at prosperity and they all learn to interact with one another. It’s not perfect. It’s not even progress in a straight line. But it’s better than what we have now which is definitely not a melting pot.

JCHRight. But it’s not even “politics” per se. It’s just this sense that something is broken. I mean so broken that we’re driving in the wrong direction. Whatever. Thanks for letting me vent (laughs).

RCAnytime. Maybe it will get you a few more bookings.

JCHWell, it’s probably a little late for this year’s school budgets but like I said, I see the pattern and I’ll know what to do for next year. Honestly, I never thought I’d get anywhere past the first commission on this thing so it’s a thrill that I’ve been able to get it played more.

RCYeah, especially for something so dark (laughs).

JCHAin’t it the truth. But ironically, that’s turned out to be sort of a plus in these “polarized” times. One comment card I got said that it reminded her of “Rent”.

JCHStraight up. I mean it’s kinda depressing, but you know… with a beat (laughs).

JCHOh no. That’s the beauty of my life. It never lets me get carried away with this shit (laughs).