Home v2020. Why are we talking about another ancient record? What does this have to do with the new stuff? Gentle Giant. Tchaikovsky. Odd time signatures that don’t sound odd. Sloshy things. Glenn Miller Disease. Boxing the compass. 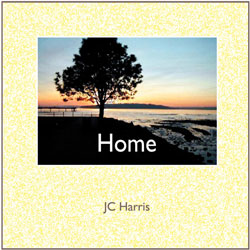 JCHAs we discussed last time ya gotta go back to go forward.

RCThat isn’t what we talked about at all.

JCHI wouldn’t know. You know I never listen to me.

RCMe either (laughs). But seriously, why do a new CD? It ain’t for the money.

JCHOh, I dunno. It’ll make maybe one mortgage payment. It’s a much better mix now. And then there’s the notion that I drifted.

RCOK, a lot to unpack there. Money first.

JCHAlways. Of course, I do versioning.. as with software. I get better at the craft so I put out new revs. There isn’t a lot of money, but enough to make it worth doing. Fortunately cough-cough ‘prog’ fans go for it. But then there’s the third thing.

JCHWe touched on it last time. Ya know fans are constantly coming up to me all the time about Open Your Eyes. People rightly see it as the real ‘prog’ deal. That’s where I was dialed into the ‘English’ deal I think. And it sounds like it. And slowly I moved in a direction that led to the operas. And finally, I realized that, wow, I can’t get back to that ‘prog’ vibe. I figured that working on the oldies would help put me back in that frame.

RCSo… how’s that been workin’ for ya, son?

JCHIt kinda does, man. I had gone so far down that path that I couldn’t get the feeling back. I mean think about Progress and The Solid State Siren.

RCI think I know where this is going. I’ll get out my tiny violin.

JCH(laughs) OK smarty pants, where am I going?

RCI read the letters. And it’s true. They don’t feel ‘prog’. I know some of the playing is just over the top difficult, but it doesn’t feel like it.

JCHIs that the GG factor you told me about?

RCYes! For the audience, ‘the GG factor’ refer to Gentle Giant. The songs are not all that tough to play, but because they’re so quirky sounding it makes them feel ultra-complicated.

JCHYes. People tell me all the fucking time how ‘simple’ my stuff has become.

RCAnd it bugs you because?

JCHBecause they haven’t counted this shit (laughs). It doesn’t sound crazy but it was super-challenging to play.

RCNow in Home, there’s the part in the middle where there are four or five simultaneous time signatures. It sounded very simple until I started trying to clap each part.

JCHRight. I was going through my Tchaikovsky period.

JCHHe has several pieces using Russian folk tunes where there are clashing time signatures and keys. But because the guy was so fucking melodic it always sounds beautiful and singable. Like in his Symphony Number Five there’s a Waltz, but it’s in 5/4. But it sounds perfectly smooth all the way through. Even though it’s an absolute bi-atch to count. When Yes or Gentle Giant would do a 5/4, you’d know it was 5/4 because they were going for the odd feel.

JCHI think with me, it’s a water thing. You know how you watch the ocean and there are all these sloshy things going on at the same time?

JCHYeah. Sloshy things. They’re all independent currents. And you try to see them all separately it’s more than your mind can take it. But instead of beating the crap out of each other, they kinda all flow into one big mesmerizing pattern which looks like one holistic thing. That’s what I’m going for. OK. Now. Go back to the samba…

JCHYes. That is what fans responded to. The solos, the snappy tempo. The tom rolls. The energy. That’s probably the last time I had people in the palm of my hand. THE PALM OF MY HAND, I TELL YOU! (laughs)

JCHSo I’ve needed to get that feeling back. Every one of the ‘epics’ people really dug had that spark. I wanted to get back there.

RCWhy? Surely not to sell records?

JCH(laughs) As if. No, in addition to paying the bills, you reach an age where you gotta figure out what you wanna do with your life…

JCHJust like that (laughs). But I mean, how many ‘epics’ can one guy do before it becomes just boring, right?

RCRight. Are you saying the other pieces were boring (laughs)?

JCHNot to me. But the challenge now is to try to get back to that energy.

JCHTo see if I can. Again, most ‘careers’ are self-limiting. You burn out, stop selling records or die of a drug overdose, right?

JCHRight. But you get what I mean. If you keep doing whatever ‘this’ is beyond a certain point it has to have some meaning or it’s just a joke.

RCMeaning for you or for the audience?

JCHWell, both. I can’t say it’s just for me. If I don’t think it’s decent art, I don’t wanna do it–even if it’s the most fun thing in the world. Anyhoo, ya gotta re-invent.

JCHIronically, yeah. I think I drifted to a different ‘energy’–and yeah I know how new-agey that sounds.

RCI absolve you. Just this once.

JCHThank you. But it just felt like it was time to get back ‘there’.

RCAs opposed to adopting aspects of current music. Like Miles did?

JCHThat doesn’t work for me. Mainly because I just don’t like today’s music all that much. And hip hop? Even if I enjoyed it, I’m so…

RCI think ‘white’ is the word you’re looking for.

JCHWhite. I just don’t see a way in there. I’ve tried. I don’t want to be dismissive but it’s just such drek.

RCWay to not be dismissive (laughs).

JCHSorry. I really did try. Unfortunately, I got hit with Glenn Miller disease.

JCHYeah. You know, when you realize that you’re just like yer parents. When today’s music sounds to you, just like rock and roll sounded to your parents. You know–back when Glenn Miller was real music for your parents and…

RCTotal Lawrence Welk cornball to you.

JCHExactly. And what I realized is that the most radical thing I can do is to reset back to how I felt when I started all this twenty years ago.

RCWow! I never thought of that before. It’s been twenty years! Just like the song!

JCHNot exactly the same sentiment as that song.

RCNo, but you’ve been doing this a long time! I mean it’s a career for a lot of people.

JCHRight. And we should close with that old thing I go on about: ‘boxing the compass’.

RCI remember. You’re out on a boat and you think you’re sailing in a straight line, but you slowly go off course because even the best compass has a margin of error.

RCDrifting! You devil. You came back from the tangent

JCHI did. The most radical thing I can do, at my age, is to try to get back to that energy. I’m not the guy I was in 2000. Not at all. It seems more reasonable to look to that guy for inspiration, than some current hip hop deal that I will never appreciate.

RCIt’s also probably easier to pull that off than some urban front.