Roger CortonSo last time we talked about how hard it is writing great lyrics. And in fact you said “there is almost nothing I seem to hate worse in life than lyrics”.

that’s what the current American health care system is to me. It’s the real devil on this earth, the personification of that evil. It’s the devil in the guise of the mundane. THAT’S the songwriting challenge.

RCWhat with all the recent chaos we haven’t spent much time talking up your new album Progress. I think this is a chance to kill two birds with one stone; talk up a song and dive more into lyrics.

RCI noticed something odd when I listened to my Progress CD of ‘Health Care’. The ‘raps’ aren’t the same as on this video.

JCHRight (laughs). I assume you mean the dialogues between verses. Actually, there are ten or eleven different ‘dialogues’. And in fact, if you listen to any of the songs where there are character skits, there are several versions.

RCWhy? Couldn’t you decide on one ‘keeper’?

JCHThat’s not it. I’ll let you in on a little secret. This is the closest I get to ‘post modern art’. Think of it sorta like Andy Warhol with his umpteen Campbell Soup Can paintings. You could buy one, right? 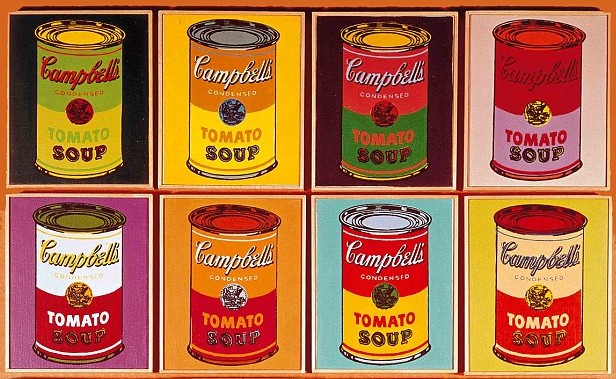 RCOK, I think I get it. But your point is that what he really wants you to see is the collective effect.

JCHExactamundo! Hopefully each of the dialogues is clever enough to stand on its own. Some are probably stronger than others. But ideally, I’d like it if the listener could somehow, and I don’t know how to do this, but it would be ideal if one could hear the song once a day and each time get a different dialog. And then, after a couple of weeks, you’d get the impact of hearing them all.

RCWhy not just put them all together?

JCHBecause that would put the song out of whack. That would be like binge-watching something that was meant to be watched once a week. See, they’re not there to be paid too much attention to. They occur when the patient has to literally take a breath after raging. Get it? That’s the whole backbeat of the song. It’s breathing. The guy screams at the top of his lungs during the verses. And then what do people do after they exert themselves like that?

JCHNow you’re getting it. That’s the conceit. He’s reliving what drove him to his fit. We get to see inside his head. Then he regroups and goes at it. AGAIN! (laughs). I want the guy to have just enough of a memory to get worked up into a fresh lather.

RCI had no idea there was so much strategery involved (laughs).

JCHAll lyric writing, if it’s worth a shit, is like that. You have to assume that if you’re listening to a decent piece of music that there are wheels within wheels.

RCI assume those dialogues are from personal experience?

JCHThey are indeed. That’s the other reason I don’t want to put too much emphasis on them. I don’t believe in lyrics which are culled too much from real life. They make for nice accents, but they shouldn’t be the main course.

JCHBecause that’s not art for me. Just writing your diary isn’t art.

RCI disagree. A memoir may be very meaningful.

JCHYou’re right. But I submit to you that is not art. Even if it really moves you to tears. Art is something more. Art has an element of creativity, of alchemy. It may start with some deeply personal experience, but then you add something else which takes the raw materials to another level. For example, adding another layer of insight the listener couldn’t get to otherwise. You have to put your special sauce on it if you want to call it ‘art’.

RCEven if the stuff that happens to you is very interesting?

JCHEven if. And even if you report on it in a very interesting way. Art is something more. I know I’m beating this with a number two ball peen hammer, but this matters. Art means something more. Again, a new way of looking at things. It’s not just ‘feelings’, it’s a new way of thinking about things.

RCSorry. I was being you. (laughs).

JCH So that’s what that’s like (laughs). Look, we’ve talked about this a lot. We often confuse art with feeling these days. If a work makes us feel, it’s automatically feted as ‘great art’. But nothing could be further from the truth. Something that makes us scream or shed tears is the easiest thing in the world to achieve. Film directors and composers do it all the time in horror movies or dramas.

JCHAnd the flip side of that is thinking you’re making some deep ‘statement’ like Warhol with his soup cans. Just putting, say a ‘toilet’ in a museum or a list of all the zillions of people killed in a war on some wall doesn’t make ‘art’ either.

Shakespeare or William Carlos Williams made art because they invented something with their words. Just putting something pre-existing into a new context isn’t all that creative to me. To me it’s the equivalent of making someone scream in a horror movie. It’s a visceral effect. I think it’s fine as an accent–a spice if you will, but not as the main course. The main course has to have a lot more to say than just all the humiliating shit people have said to me in doctor’s waiting rooms.

RCWell when you put it that way.

JCHActually, I like putting it that way. Even though I didn’t plan to put it that way. If someone described a song as “humiliating shit people have said to me in various waiting rooms”. Now does that sound like songwriting gold to you?

JCHI rest my case. So for me the challenge in writing this song was this: How do I write a song that really matters. I mean this topic really does matter, on pretty much every level. It’s one sixth of the economy, at a macro level people do get treated like shit, and at the personal level hearts break and ironies occur that are just un-fucking-believable, etc., etc. BUT, because it’s about ‘health care’ it has all the general sexiness of…

JCHEXACTLY! It’s like you get me (laughs). How do you write a song about all that but not sound like Joan Baez.

JCHYou know what I mean. Just lecturing people with something terribly important with this saccharine melody. For me, what I want is, to get people to think about ‘health care’ the way I think of like an old Robert Johnson or Son House Blues. I mean, something evil and frightening and threatening and just plain rock and roll.

RCBut with a waiting room.

JCHRight. Because that’s what the current American health care system is to me. It’s the real devil on this earth, the personification of that evil. It’s the devil in the guise of the mundane. THAT’S the songwriting challenge.

RCIs that why the song is so schizophrenic?

JCHYou mean in terms of stylistic changes? That wasn’t what I had in mind. The guy feels rage. But the swing bits is the system. I guess I imagined me, just fuming through these offices, but they function like Busby Berkeley musicals, you know?

JCHThat’s good. Terry Gilliam does capture that sort of thing in a lot of his movies. He’ll have some bit like the homeless guy just wanders through this elegant Viennese waltz at Grand Central Station in the background. Right. And then everything just goes back to the same ol’ shit. (laughs). That’s part of it. But then throw in some Edvard Munch sprinkles on top (laughs).

RCWhich makes it all clear (laughs). OK, that’s more than enough for today.

JCHOK, one last thing about songwriting. The point is to present something that is frustrating because that’s what health care is for me. I mean, most angry songs are monolithic. I think of anger or rage as usually being this monochromatic thing. It’s RED. It’s one colour. Songs like that are just one thing. But whenever I think of anything to do with health care it’s like this Christmas Cake of frustration because as our President so famously said, “Who knew it was so complicated?”.

JCHYeah. I thought of it as like this multi-colored grenade. Maybe something The Joker might use. And when it explodes, like twenty different forms of unpleasantness blast out. But they’re all very different. Different shapes, colours, types of pain and horror. Some hurt you slowly, some quickly. Again, that was the challenge. How do you render something so complicated in a three minute song but still maintain IMPACT? And if you’re asking me about (in a posh accent) “the craft of songwriting” I struggled with that. How do you get people to care? And in the end I started thinking about it almost like being a politician.

JCHA really good politician has to make people think he or she “Feels their pain”, right? BUT he or she also has to convey a good understanding of the complexity of the issue. They can’t just be sympathetic without appearing like they know what the hell they’re talking about. In my view, a good song about ‘Health Care’ has to do exactly the same things simultaneously.