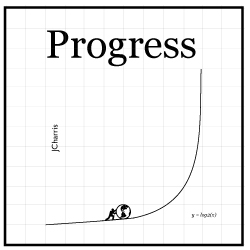 When asked to describe how I view my so-called career in music, I often whip out a story about my initial punk band tours around the plains states of this great nation. (And when I hearken back to my twenties, people should already know they’re in trouble.) Back then, I was struck by how many contrived tourist attractions I came across–which kinda makes sense since although there is much natural beauty, there are relatively few natural objects of wonder that are compelling enough to make one pause from one’s zooming across I-80 or I-94. So mankind, being mankind? He invented some. None of these are natural attractions. All were created simply to draw in people and give them something to do and get them to spend some money.

Perhaps the most well-known of these invented attractions is Wall Drug in South Dakota, but the ones I like best are projects that require massive effort–usually involving architecture out of odd objects. Palaces made of corn stalks, houses made of popsicle sticks. You get the idea. And my all-time fave contrived attraction is Toothpick City. 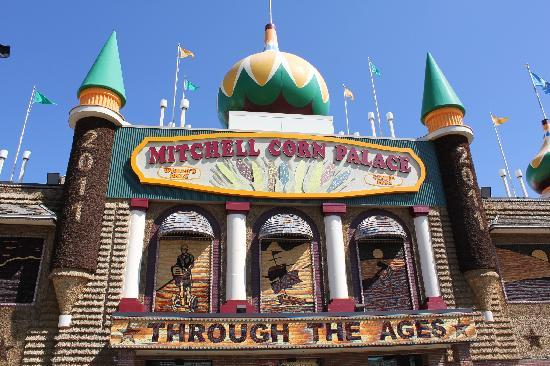 Outside the Corn Palace

The reason I gas on about Toothpick City so much is that I always thought it analogised my own work. Like its inventor, I too try to eke out a living doing something that requires an inordinate amount of effort, but which is ultimately of only niche appeal. It’s not quite a complete ‘labour of love’ because there is money involved, but it’s close. Although I don’t wish to insult the honour of Mr. Munro, I feel like we are both like the lady of the evening who takes two years getting ready for that one special ‘date’. But then only charges $100. 😀 The harvest hardly seems worth all the primping. Or maybe her name is Narcissus and she feels like her services are worth a zillion dollars. The world just hasn’t yet caught up to her ineffable charms. (OK, I know the original mythical Narcissus was a guy, but c’mon, isn’t it more of a chick’s name?)

Désolé! I come to find that Stan Munro is doing just fine financially. He has found a way to not only achieve niche notoriety, but actually cash in on his achievement! So my analogy has broken down and I’m left feeling even less sanguine–I no longer have Stan as my dubious companion in the world of people who spend too much time on projects for which the world has no ‘MacArthur’ award. Which is to say, basically every other living ‘composer’ who doesn’t engage in some form of minimalism. 😀 (Sorry, the snark just leaked out for a minute.)

I recently saw the film Nocturnal Animals. (The trailer doesn’t give one a good idea of what to expect, but it’s got a Hitchcock quality I liked a good deal.) One very nice feature of the movie, without giving away too much, is that the long-suffering ‘artiste’ turns out OK, despite living in the cruel world. In other words, it’s a fantasy. 😀 But I digress. There are some great scenes showing the pretense of the modern art world. Although they don’t say so in the film, it highlights that you really have to believe in your work in order to make it and that inevitably expresses itself as being ridiculously pretentious.

But the other thing those scenes display is the current almost complete disconnect between ‘craft’ and ‘art’. None of the high ticket items in the gallery require any significant effort or skill to create. Now, this is not another tired rant about the failings of modern art, but the reason I earlier made that snarky comment regarding ‘minimalism’ is this: It just occurred to me that perhaps art which does entail a huge level of craftsmanship may by that very fact be disqualified from serious consideration in the modern art world. In other words, works that require virtuosity may now be automatically considered suspect. Remember that works which required very simple technical means (eg. Van Gogh) were discounted 150 years ago at least in part because they could be executed in a single day. (How can a painting be any ‘good’ if it only took a day to paint?)

This was painted in prox. a day. Seriously: How good can it be?

As I’ve ranted numerous times, music is often critically approved of because of its stripped down quality. For those who enjoy them, Leonard Cohen’s songs are considered ‘genius’ at least in part because of the ‘rawness’ of his work. It may well be that a certain snobbery about ‘virtuosity’ has simply shifted one hundred and eighty degrees. 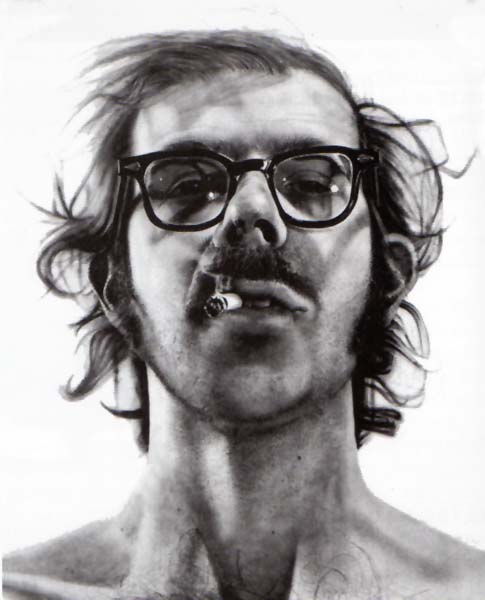 And this took four months. So it must be at least 120 times better, right?

In any event, I’m glad to see that Mr. Munro is getting over. I know his work may seem ‘cheesy’ to some, but if you actually look at Toothpick City, in the same way, one would appraise (cough) high art, I think you’d come away pleasantly surprised at how well it holds up. It’s not just as a ‘gee whiz’ gimmick, in the same way that Chuck Close’s portraits (which also require enormous effort to execute) are not. At a certain point, any work with that much detail starts to ‘say’ things beyond just being a reproduction. Get past the fact that it’s toothpicks instead of oil paint and it’s the same deal–even if Mr. Munro didn’t intend to say ‘deep’ things like a (cough) ‘real’ artist.

Sorry, I must have a cold today. 😉