All The Ways To Make Money. Now That’s Creative!

My grandfather used to go on all the time about how fascinating America was. His chief fascination was, “all the ways one can make money!” He didn’t just revel in the idea of the bazaar (a thousand shops, Sahib!). No, what got his juices really going was the creativity. He thought that when a guy came up with a particularly unique business idea? His quote: “Now that’s creative!” 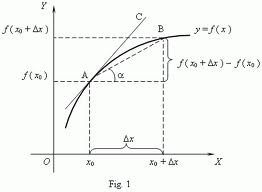 (OK, so he didn’t live to see derivatives trading. I wonder what a guy without even a high school education would’ve thought of that kind of “creativity”. (My rule of thumb? If you don’t understand this kind of derivative? You’ve got no business dealing the financial kind.)

But that sub-rant aside, there are a ton of creative ways to make a living. But what my grandfather really meant was not so much the execution as much as coming up with the idea. “He thought it up and figured out how to get people to pay for it!” Right. We all have ‘big ideas’. When I was a kid, I gave a report on how human beings today would have a slot in their heads which would hold a Polaroid film pack. You’d blink your eye and… what you were looking at? Instant picture. (Give it twenty years and a USB connector; trust me, it’ll happen.)

But lots of people come up with even wackier ideas, and here’s the important part, they get paid. Here are two cases, of many you and I both could cite, which are simultaneously fascinating and maddening to me. This NPR ‘science’ story discusses whether or not a conductor is important to an orchestra’s performance. The reporter, like most non-musicians, wonders whether or not the conductor isn’t just some sort of glorified air guitarist. Is that tux just the ultimate clothing for the Emperor.

A computer science prof who did a formal study of this. He attached infrared sensors to the conductor’s baton and then all the violin bows and then hooked up fancy computers and video to track the movements; to see if the players really are following the conductor. He has a conclusive answer: Yes, they really do.

This kinda thing drives me nuts because it’s one of those things that simply requires, oh I dunno, asking a professional. But ‘civilians’ just don’t believe that certain things are possible, or require so many years of practice; they seem too easy. This is how JackAss Movies get made. Don’t ask the guys who do it. Instead? Get a real scientist to ‘prove’ the phenomenon! Ya know why people don’t go for global warming? If scientists don’t trust hundreds of years of musicians? Why should musicians trust scientists? 😀 Put it another way: in terms of ‘market efficiencies’, do you really think orchestras would’ve kept using conductors all these years if they weren’t good for somethinglook like a guy with a brain about five times bigger than yer average ‘scientist’.

The bonus in the article is that they also proved that ‘authoritarian’ conductors are more effective than, I guess, ‘go along to get along’ conductors. I’ve got multiple ex-wives, ex-girlfriends, ex-every non-musician I’ve ever worked with who all firmly believe in ‘teamwork’ and the Vince Lombardis and Arturo Toscaninis of the world are just dictators assholes. Yeah, they may obtain success, but they do so despite their assholiness. They could be nicer and be even more effective. *I got news for you, some things require Caesar.

Now, I’ll sum this one up with my grandfather’s POV: He woulda been thrilled that the scientist got paid to design the study. And he would be beside himself if the study could show some really cool looking graphs of ‘how’ the process works. It wouldn’t be enough for my grandfather that it ‘works’. He’d also be fascinated in knowing why. He had a scientist’s fascination for the way the world works. But mainly, he woulda had a ball knowing that the guy found a way to get paid to study something that has zero practical value. See this is the kind of thing that drives starving artists such as meself nuts. It’s not that I begrudge the man his dodge. But frankly, it’s always been disheartening to see how much support bad art gets. One spouts some new-age jive and people just roll up!

Again, I hear my grandfather laughing his ass off. At me. I’m just being jealous. Like all successful artists, he found his marketing niche. I can rant all I want about qualitative issues, but it’s a fact: he figured out a way to work the system so well. And he did it with?

The Starucks Lady. On a golf course. With really big tits.

It’s like a James Bond movie: It’s an insane plan, but I’m still fascinated to know how Blowfeldt’s gonna get the diamonds off the satellite and into Circus Circus. This guy figured out a way to get government funding for this thing? Support from the royal family, fer cryin’ out loud! That’s the genius!

(N.B. Can you imagine getting government funding for this in America?)

Hell, here’s even more: even more. Drink it in.

No, not really. Though not the true fascination for this sort of thing, I really do get the gag. And I genuinely admire the marketing creativity in both cases. I’m not sure either the aforementioned scientist or artist see themselves as ‘marketers’ but that’s what they are. And I celebrate it, looking at things through my grandfather’s eyes. As he might’ve said, “Not everyone is Dr. Schweitzer. There’s plenty of room for a bit of fun; especially if you can make a bit of silver.”

*I know you don’t believe me, or think it says something about my own megalomania so… I’m working on a grant. 😀