Just a brief ‘hello!’. Rog is away and I’m slaving away. I rarely venture into the world of politics or the greater culture but I keep running across Poppy…

…but all I see when I look at her is Ivanka Trump. 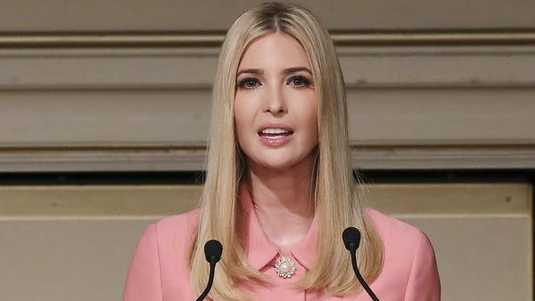 OK, I’ve had my little joke so onward.

It Must Be Ironic To Be Devo

I’ve written a number of times that I don’t do irony much any more. I should’ve learned my lesson very early on but like Dorothy I wasn’t ready for the idea. As a teen, I was in a band that got to open for Devo. And I thought of them at the time as ‘punk’. I thought of them as having a ‘message’. They were saying some pretty sophisticated stuff about the world starting to fall apart. But within four or five years they were on MTV and were being done at Bar Mitzvahs (Whip It Good!) They became a ‘good time’ band. Their message, if anyone really ever had heard it in the first place, was lost.

Now? Irony has almost no value. Punk has no value. Screaming has no value. It’s almost impossible to be truly rebellious in music anymore because it’s all been packaged up. Now that makes it tough for me as a writer, because there’s just no way I can shock you in today’s world. And every artist feels, down to their bones, a real need to shock. To knock you out of your comfort zone and make you see something in a new way.

There is a strong tendency to want to see something ‘deeper’ in any pop or rap (cough) ‘artist’. After all, the strongest takeaway everyone has from the Mona Lisa is not its superb draftsmanship or its amazing use of light and shadow. No, the takeaway is the smile. What is she saying? Leonardo knew that the hidden meaning is more compelling than the thing directly stated. This is exactly the reason that the best images of almost unclothed people will always be sexier than plainly naked ones. We love possibilities.

And this Mona Lisa Smile has become all too common in pop music. It would be hard to find any artist today who doesn’t trade in the currency of the Mona Lisa Smile. They all want to convince you that as fluffy as it may sound on the outside, there’s a deep truth on the inside. They use this technique because not just because there are not too many avenues anymore to express ‘depth’. But such pieces are marketed that way to reassure you, “This isn’t a complete guilty pleasure.” You’re not just eating empty calories. You’re smarter than you look because this music is smarter than it sounds.

So a lot of see Poppy’s side ward glances and knowing smiles and will tell you that, like Devo, there’s more going on here than meets the eye. And again you’d see that same nudge, nudge, wink, wink in Lana Del Rey or Katy Perry, et al. and ad nauseum.

One of my fave examples of this sort of thing, taken to its logical conclusion is The Dan Band as seen in movies like Old School or The Hangover. Those guys seem to be saying, “Here’s what’s really going on inside this song. Oh yeah, there’s a lot you don’t know about this thing. And it ain’t pretty, boys!”

But I’m here to tell you: Poppy is saying something, alright. She’s saying is ‘buy this’. It’s not ‘meta’. It’s not making some ‘point’. It’s exactly as advertised on the tin: I’m artificially sweetened. I’m not the real thing. Who cares? BUY THIS!

To paraphrase Freud, “Sometimes a cigar is just a cigar.” So don’t kid yourself. For a lot of pop music? There’s nothing more to it. Whether or not that concerns you? Whether or not it says anything greater about the world at large? I leave that to you, dear reader.