The Most Artificially Intelligent Music On This Here Planet

THE WEBSTORE IS FIXED! Streaming AI. Artificial Intelligence. Spotify. Dinnsdale Redux. Do you chase creativity or does the creativity chase you? 1984. A new kind of Muzak. Diet Coke is the real thing. 75k. The Doors made me do it. Film Noir. They Drive By Night

JCHWell, I’ve been taking a break from music.

RCI believe you called it a ‘palette cleanser’.

JCHRight. You gotta get away from music. And then the creativity just starts chasing you around. 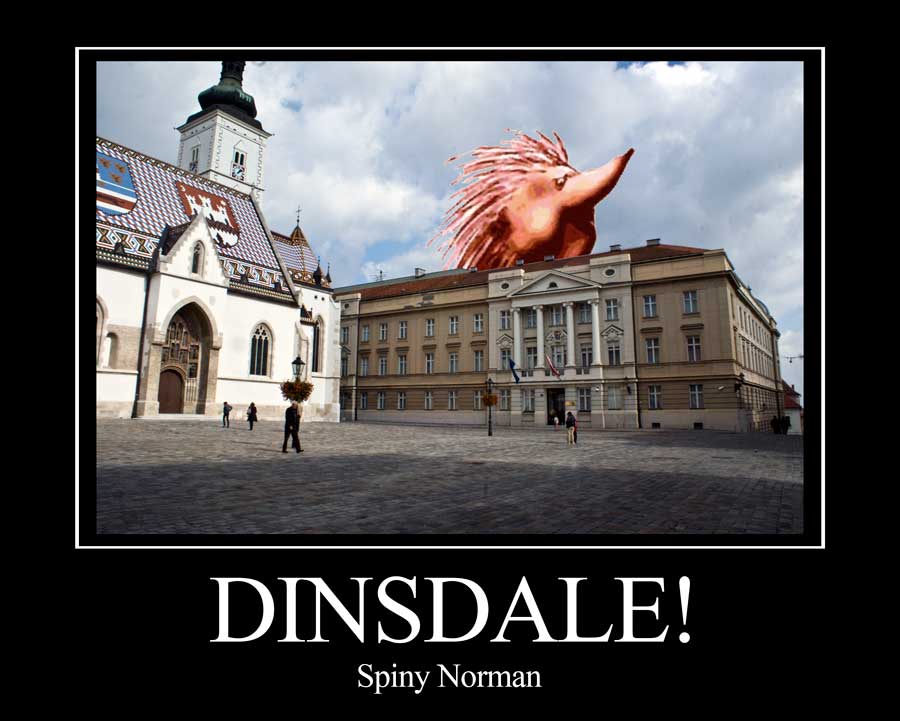 RCNobody gets that reference. I thought you the artiste chased creativity. Not the other way around.

JCHNo. Nobody gets the references. As we’ve discussed, I had no idea that my references would become just as square as any other sixty year old geezer’s. But regarding ‘creativity’. It really does chase me. It wakes me at night. It bugs me when I’m trying to take a shit. We’ve talked about this before. It’s totally annoying. I always seem to get ideas at the most inconvenient moments. That’s why I could never be a ‘real’ composer. The ideas never hit me if I just sit at a desk.

JCHDoes a heavy sigh come through on Skype?

RCI don’t need Skype to feel uncool, brother. I just never cared. And I never thought about the future all the time like you do.

JCHRight. It’s nothing like I thought. Here’s something I keep hearing from music executives: AI Streaming.

JCHHey. You called me. A little indulgence, Si vous plait.

JCHRemember the part where Winston is listening to an old woman out the window singing an old folk song?

JCHThe thing is that Winston knows that the ‘old folk song’ is actually a machine-generated song only a few days old. The machines have learned how to make popular songs that the Proles like. And because the government controls history, no one realizes that they’re totally artificial.

JCHOK, that’s the wrong clip, but I love that theme. Anyhoo, there’s a whole new type of AI software that Silicon Valley investors are big on. What it does is, analyze pop songs from Spotify and then generate new music snippets which will capture the essence of what people find engaging about the ‘real’ hits. And the new snippets will be (cough) ‘optimized’ to be even more addictive than the ‘real’ hits.

RCHopefully I’ll be dead before that happens.

JCHAccording to the investors, we’re talking within the next ten years.

RCTen years? You mean before the tech works?

JCHI mean ten years before it becomes standard on Spotify and Sirius. The investors are betting it will not only be accepted, but also start replacing real music in ten years.

JCHExactly. It’s Muzak. But Muzak that will become preferrable to ‘composed’ music.

RCNow, I understood that music was being composed by AI. How is this different?

JCHWhat I hear is that it will not be ‘hits’ by ‘artists’. It will kinda be like library music. They’ll take pre-recorded bits from singers and string them together like how Siri can (cough) ‘talk’.

RCSo it won’t be Taylor Swift?

JCHNo. It will be an AI ‘singer’ that will have sound ‘real’ and compelling, but not be an actual person. Same for all the music samples.

JCHI mean you’ve seen how they do realistic animation now. Like in the new Disney movies. You think synthesizing a Taylor Swift is tougher than synthesizing a Lion King?

RCOK, but that’s different. You’re starting from an image of a real lion.

JCHBut the lion isn’t any lion that ever existed in the real world.

JCHSo there’s no reason they can’t synthesize a virtual singer that is compelling, but not any real singer.

RCRestating what I said earlier, this makes me wish I was dead.

JCHAnd the funny thing is that young people are going to be totally cool with it.

RCHow can you be so sure? There are so many groups now that traffic in ‘organic’ playing. You know, jam bands. Snarky Puppy.

JCHRight, but they’ve been primed to accept loops and artificial. They don’t feel the ‘synthetic’ aspect of current music like us old geezers do. It will be as acceptable as Diet Coke.

JCHYeah. Didn’t you know? They sell a shit ton more of Diet Coke than ‘real’ Coke, right? Donald drinks nothing else, right?

JCHSo in a real way, Diet Coke is now ‘the real thing’ Coke, dig? That’s what will happen with these snippets. They will become the norm.

RCDude, we gotta stop. This is getting too depressing.

JCHYou should keep a paper bag handy for when we talk.

RCI know. I’d forgotten how stressful it can get. Anything good to report before we go?

JCHWell, like I said, some creative stuff is happening. But as far as ‘IRL’, good news and bad news.

JCHThe web store has been broken for the past two weeks and I didn’t even notice.

JCHYep. Not one sale. I’ve been so frickin’ busy I hadn’t even bothered to check.

RCI’m sorry, but this time you’re going to the marketing hell.

JCHI know. But on the other hand, there were actually some sales to lose. Which is good, right?

JCHWell, you’re always wanting me to look on the bright side. (laughs) I mean, at least some people are still interested in this shit.

RCYes. Some people are still interested in your shit. Well put. (laughs) So can you do anything about it?

JCHYeah, I sent e-mails to everyone to try, try again. We’ll see. As they say, sales is like sex. When someone offers you need to jump on it on that thing.

RC(laughs) I never heard it put quite that way. But yes, if you give people a chance to change their minds, they usually will. So what’s the good news.

JCHActually two pieces of good news. First, I rented another performance of Detroit! 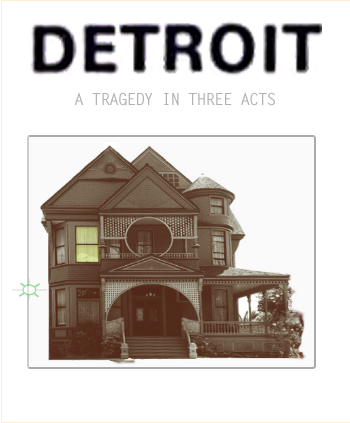 RCAnd you got the cash?

JCHThe check is in the bank. Not in the mail, bruv.

RCThat’s great. How many now?

RCCan’t say it enough. I love the way you sell yourself.

JCHPeople never get the gag. Anyhoo, the other bit of good news. Which isn’t really ‘good news’ just a stat.

JCHMe neither. I stopped even checking a long time ago.

RCWhich is why you don’t even notice when the site is broken (laughs). I just wish you could get back out there and get some buzz.

JCHYeah, yeah, that buzz. Sure, that’s the ticket. (laughs)

JCHI’m wondering if the window hasn’t passed. At least for now. The young kids’ idea of ‘prog’ is Tool, right? And unlike when I started, the old geezers have sort of hardened into only wanting to hear ‘the classics’. Everyone bemoans a lack of ‘new artists’ but they’re not as open-minded as they like to think.

RCOr maybe their idea of ‘new’ isn’t some Irish geezer?

JCHSo the lady next to me goes, “Jim Morrison made you do what?”

RCI don’t even get it.

JCHApparently I’m the last guy in North America who still watches black and white movies. But there was a time when that reference killed.

RCSo what you’re saying is that when Film Noir makes a comeback. Then you’ll think about touring?

JCHYes, that’s exactly what I was trying to say (laughs). Hoo boy. Look, just go rent “They Drive By Night”

RCRent? (laughs) It is tough being you.