This Person Does Not Exist 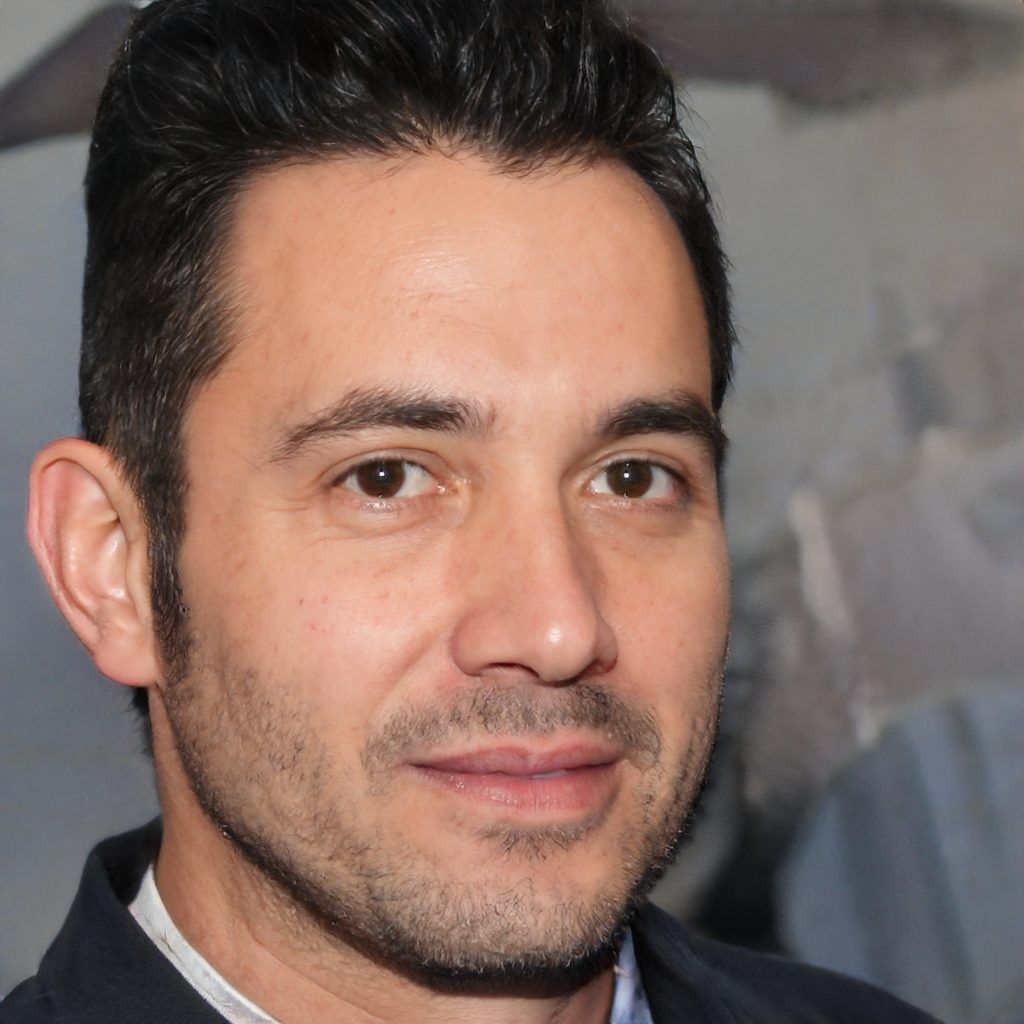 JCHTo be clear, all the images you see there are artifically generated. They are not real. I don’t think a lot of people get it until it’s explained because it’s so ‘real’. We’ve crossed that Uncanny Valley.

RCI remember that rant! That was back when CGI characters still had that weird look. Like Jar Jar Binks (laughs). Now, you literally cannot tell. But what does it have to do with progressive rock?

JCHI had a discussion a long time ago with another musician and we came to the conclusion that, you know, at some point, software would be able to write and play as well as…

JCH…Or better than… any human. And at that point, we would have to decide that music was not so much an ‘art’ as an Olympic sport… that watching someone ‘actually do it’ was as important as the sounds they make. In other words, Musicians would become like professional magicians.

RCI think I get that. You can obviously edit video or audio to do ‘impossible’ seeming stuff now. But a magician makes his living by ‘doing’ what seems impossible. The fact that you’re watching someone do the trick is what makes it exciting.

JCHExactamundo! Now machines can create stuff that is as real as real. And I wonder if we will be able to shift to valuing what people actually do.

JCHMe too. But this actually does have something to do with the new record.

JCHYou’re supposed to notice that I brought things back on topic.

JCHYou can’t just put it in the little tray on the side?

RCNo. That’s an obsolete device called a CD player. People used to buy these silver discs from people like you.

JCHOh yeah. It’s been a while. (laughs)

RCSo what about the new record?

JCHWell the good news is that there’s plenty of (cough) ‘shredding’.

RCYou mentioned that before. For real?

RCTo be honest, usually your shredding is more ‘intellectual’ than rip roaring.

JCH(laughs) I know what you mean, but I don’t think the audience does.

RCJC tends to do guitar parts that sound very simple–until you try to play them. They’re absolute finger busters. He almost never does anything that lays like a typical rock or jazz part. Why is that?

JCHIt goes back to college. As I’ve said so many times, I couldn’t read well when I got to college so I went totally in an, as you say, ‘intellectual’ path. I just played exercise books from other orchestral instruments for years and never got back to playing ‘like a guitar player’.

RCMeaning like Chuck Berry or Blackmore or the other gods of rawk (laughs). But you must’ve done that when you played Motown or all those other high profile gigs?

JCHOh sure. But it was like an actor putting on a costume. It wasn’t ‘me’.

RCSo, the real you is…

JCHFernand Oubradous. Enseignement Complet du Basson (laughs). How did you like my outrageous French accent?

RCNot touching that with a ten foot bassoon. (laughs) OK, so back to the shredding.

JCHI’m really focusing on guitar stuff this time. There’s almost no ‘piano’. And most of the guitar parts aren’t just ‘hard’, many of them probably should sound (cough) impressive, I guess, based on what I think people find ‘impressive’. But the more I thought about all this whole AI malarkey, the more I was wondering, “Is this all there is?”

JCHNo, we really don’t. It would be like an Italian guy coming to America and using some fake Italian expression. Which I can’t think of right now (laughs). Franco-American! Chef Boyardee!

JCHThat’s exactly how I feel now! It’s like, no matter how ‘impressive’ this stuff will sound, I’m wondering just how ‘impressed’ people will be.

RCBecause a computer can make something just as cool?

JCHYES! I’m totally redundant! I’m wondering if people can hear it as music. Like Beethoven.

JCHOf course not. That’s not the point. When you listen to a for realz composer, you just hear the music. Maybe it’s shredding, maybe it’s not. But you just listen to the thing. For me that’s how ‘progressive rock’ should be.

RCNot sure I get you.

JCHIt should be music where the technique is irrelevant.

JCHI disagree. In punk, I think the technique is completely the point. You’re stuck with three chords…

JCHBetter still. But regardless, you’re in this box. And that’s the whole fucking point. You thrash away in spite of ‘technique’. It’s a middle finger to ‘practicing’. But with great music, you’re not in that box. Easy. Hard. What-ehvs. You just write and play what you want. No limits. On either side. That is what I try to get to. A lot of ‘classical’ music that people really respond to is not technically challenging. The challenge is making it sing.

RCI think I get you. Although it’s hard to get to the point where you have those options.

JCHSure it is. But at the end of the day, like Bird said, “You work it all out. Master your craft. And then you throw it all away and just play.” I think that’s right.

RCThe ten thousand hours. But the computer makes that all irrelevant because it’s like Archie Bell (laughs). It can sing and dance just as good as it wants to.

RCAnd you’re saying that that is where AI is going?

RCAren’t you mixing metaphors? Some of this sounds like Neuromancer. You started off talking about the magic trick of shredding and now you’re getting into something else. I’m not sure what, but it’s different.

JCHYou’re absolutely right. I’m going off into too many tangents. I just want to leave it with the idea that I’m playing my ass off on this one and it dawned on me that the playing will probably impress no one simply because, except for a few kids and old guys who are into guitar for guitar’s sake, the ‘wow’ factor is gone. So at the end of the day, if I’m ‘shredding’ it better be because the music demands it, not because I’m trying to make sexy time.

JCH Haven’t you heard that expression before?

RCI most certainly have not! (laughs)

JCHWait, see that little drawer? I’m sending you a box of smelling salts.

JCHThe thing that struck me about the guitar sounds is that they will strike listeners as sort of like breast implants.

RCI can’t wait for this one.

JCHThere’s this thing in mixing we’ve discussed many times now. The larger than life phenomenon. So much of the recording process now is so contrived that you can’t tell where reality begins and the tech ends.

RCSure. I remember the most hate mail we ever got was when you criticized the Beach Boys for singing out of tune (laughs).

JCHWell, it’s true. And you could say the same for James Brown Live At The Apollo and all sorts of great records.

RCJust to recap. You maintain that  the recording industry dramatically improved the playing standards, But then at a certain point, that wasn’t enough and electronic processing began to make recordings super-human sounding. And now, listeners have had forty years of getting used to all that trickery and now ‘real’ playing seems unnatural.

JCHWell put. That’s why you’re perfect for this.

RCYour condescension, as always, is much appreciated, Arthur.

JCHOh man, I love that movie. But truly, you really nailed it. I always got a bunch of comments like I was using a drum machine or some other electronic trickery. And I realized that my guitar playing will come off like breast implants. There will be this “those can’t possibly be real.”

RCAnd some people will respond with, “WHO CARES!” (laughs) Because of the Lizard Brain. I get you.

JCHYES! So it’s like this double-cross. It’s not a trick. But it sounds like a trick. So my question to you is: is that distracting?

RCI think it’s comes down to how you feel about Dolly Parton.

JCHOh man. I love you so much right now. That’s wonderful.

RCI assume that her cleavage is ‘real’. But it always struck so many people as a joke. Even she would joke about it.

RCYes, what are you getting at? 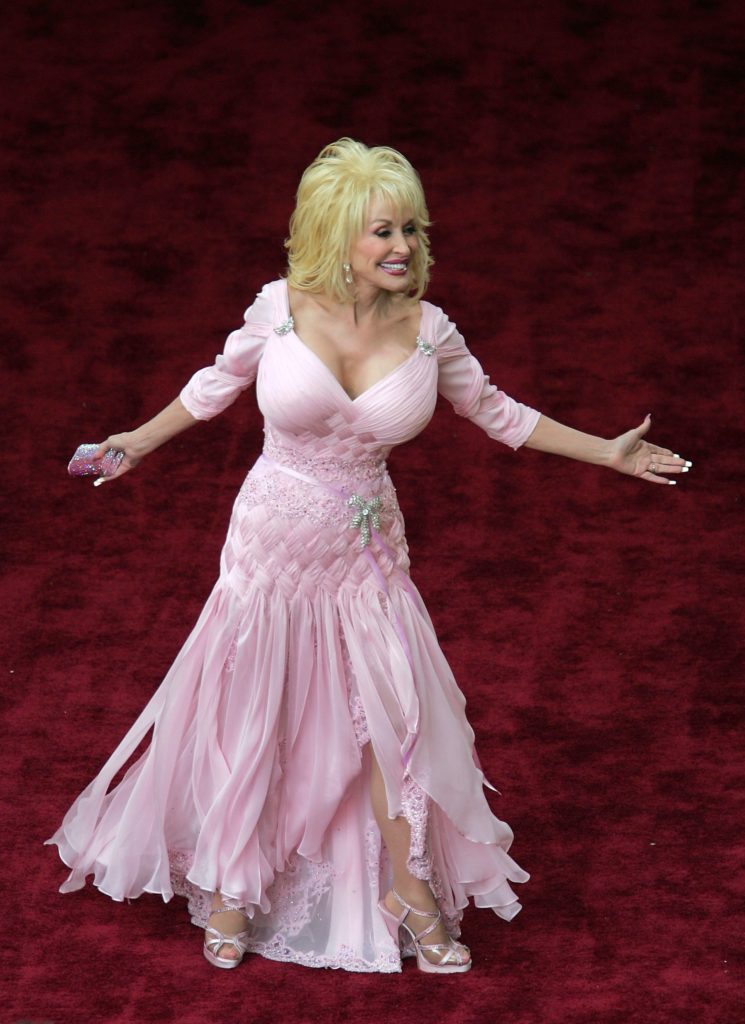 JCHI crossed the uncanny valley. I mean it started a long time ago and you’ll hear it a lot more in the new record. And it kinda bugs me because I wasn’t doing a ‘Dan’.

RCBeing obsessively ‘perfect’ to make a statement of how cool the music is?

JCHThat’s a good way to put it. There’s this point where you get so hip that you never leave the house.

JCHRight! (laughs). But that’s not what’s going on for me. For whatever reason, I just drifted towards really impressive tits. And I don’t even like really large breasts.

RCOK, I think that about wraps it up for today.

JCHBut you take my point?

RCNo, I think I lost you at the really large tits.

JCHIt occurred to me that the way forward for musicians is the performance aspects. The magician doing the impossible looking ‘trick’. But you don’t want to take it too far or it goes into breast implant territory. It stops being a ‘trick’ and people get distracted by trying to figure out if they’re real.

JCHEven when it comes to cleavage.

RCHard to believe, but true. And on that high-minded note, we are outta here.