It’s poll-takin’ time. Do we want vinyl versions of JCHMusic? And if so, which albums? Politicians. CD vs. Vinyl. Accurate vs. Pleasant. Hi-Fi vs. Happy-Fi.

Roger CortonYou’re interested in vinyl? YOU? You who has called vinyl, “vintage snake oil”

JCHAs the politicians say, “My position on this issue has evolved, slightly.”

RC(laughs) Well, you’ve got the attitude to be a fine politician. What changed your mind?

You see people in record stores gently caressing an album. Even the smell of a new album gets some people. It’s almost obscene, I tells ya! (laughs) Whether it was mere accident or genius marketing, the fact remains that the 12″ album hits people right in the ol’ Lizard Brain.

JCHYou mean why has my position evolved?

JCHWell, I am trying to move more product, dude (laughs). And for whatever reason, vinyl albums don’t seem to be a ‘fad’. They actually seem to sell with my demographic. And I embrace my demographic.

RCAs well you should. But they’re also big with all sorts of music fans.

JCHI think you hit on it. They’re big with all music fans.

JCHSeveral reasons. There is a nostalgia factor, sure. And there is a different sound–which we can argue about until the cows come home. But at the end of the day, I think the real deal–and that’s the part I didn’t appreciate–it’s the concept of owning a really cool object. For whatever reason, CDs are merely tolerated, if not openly disdained by most real music fans. Owning a CD has never been cool.

RCIt started on day one with the high prices.

JCHYeah, and it went downhill from there. But vinyl? There’s room for the gorgeous art! The sense of opening a storybook to see what’s inside! The tender way people treat the album–as if they’re holding something genuinely precious. You see people in record stores gently caressing an album. Even the smell of a new album gets some people. It’s almost obscene, I tells ya! (laughs) Whether it was mere accident or genius marketing, the fact remains that the 12″ album hits people right in the ol’ Lizard Brain. 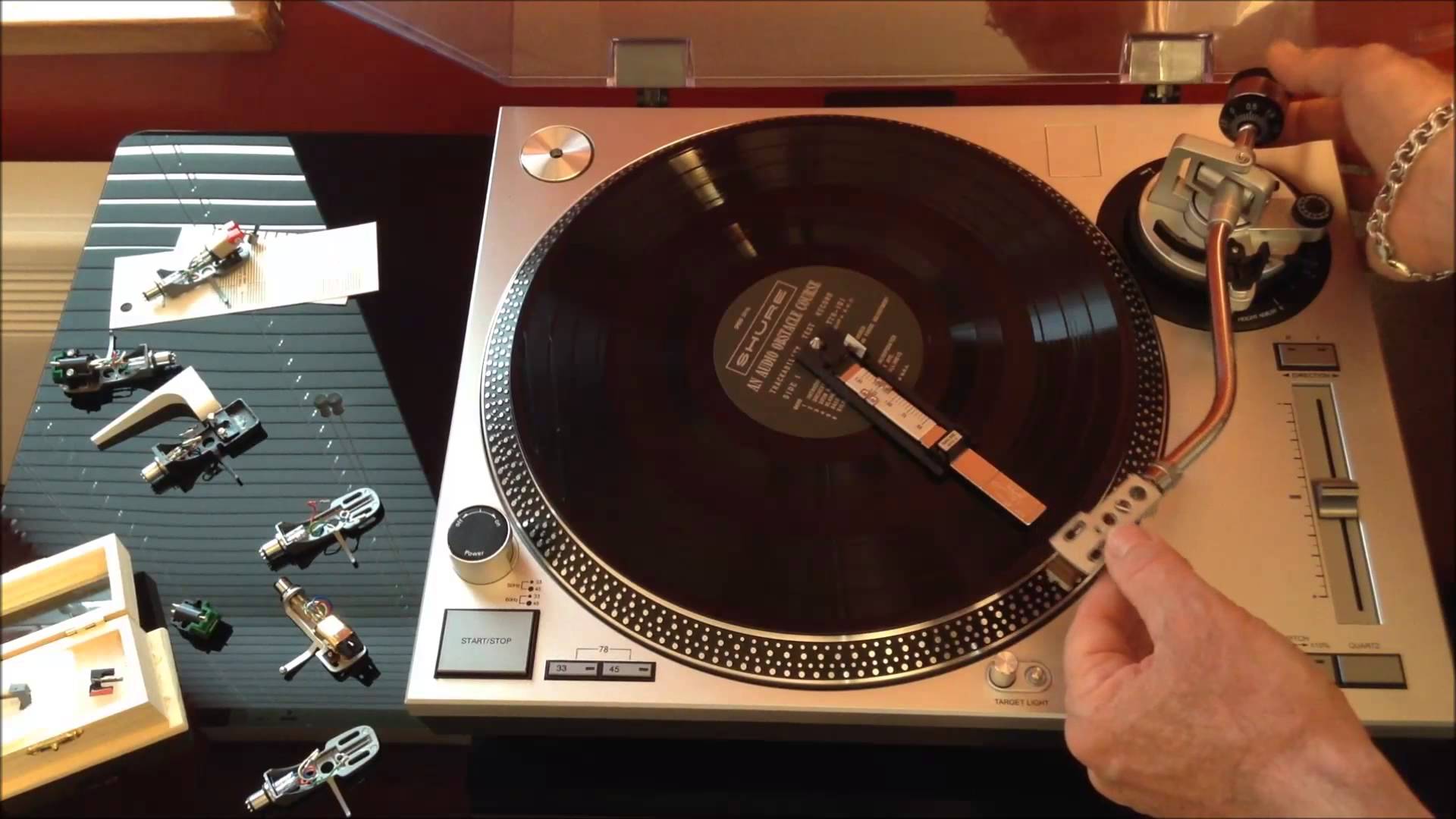 RCI agree. I’ve been one of those guys in the record store. So does this mean you’re going to do vinyl?

JCHI’m definitely thinking about it. So while we’re still in politics mode, consider this a trial balloon. I want to see how people feel about it. I’ll make a real decision after the Spring Tour.

JCHWell, I wouldn’t call them ‘advantages’. What I would say is that we’ve gone from a hi-fi culture to a ‘happy-fi’ culture.

JCHYeah, I should trademark that. Back in the day, the idea was to get to ‘truth’ in audio, right? Hi-fi, meant accurate. Everyone aspired to having the most accurate sound system. A big-ass listening room with ginormous speakers. Listening was an activity. People had LISTENING rooms.

RCThose were the days. (sigh)

JCHPeople don’t do that any more. They (cough) ‘experience music’ all over the place. And if they have a special entertainment room it’s a ‘Home Theater’. Most people don’t view music ‘listening’ as a singular activity anymore. It’s something to be done to accompany something else. And, at some point, people decided that ‘accuracy’ isn’t what matters. What matters is PLEASANT. As we moved away from the idea of a single version of ‘audio truth’, we embraced what sounds GOOD.

JCHWe don’t buy the most accurate earbuds because that’s an oxymoron. There’s no such thing as ‘accurate’ earbuds. We get the ones that sound the most pleasant. We get headphones that pump that MAD BASS. We get home stereos that ‘fill the room with sound’. Very few audio vendors today tout ‘accuracy’. They’re more likely to tout the fact that they have voice commands. Convenience. Pleasantness. Happy-Fi.

RCOK, I get you. So bringing it back home, in a nutshell, your argument is that Vinyl sounds ‘pleasant’, but not ‘accurate’.

JCHRight. Like with the packaging, the inventors of vinyl, stumbled on a reproduction medium that can sound very pleasant to the human ear. It’s not that CDs sound bad per se. It’s that we have a bias towards the distortion–and by that I mean the change in timbre–that vinyl auto-magically ‘does’ to a song.

RCI have to admit, I do like the Vinyl albums I’ve recently heard. I thought it was just nostalgia, but I don’t think so now. I had no way to know for sure since all my albums are so old and scratched! (laughs) 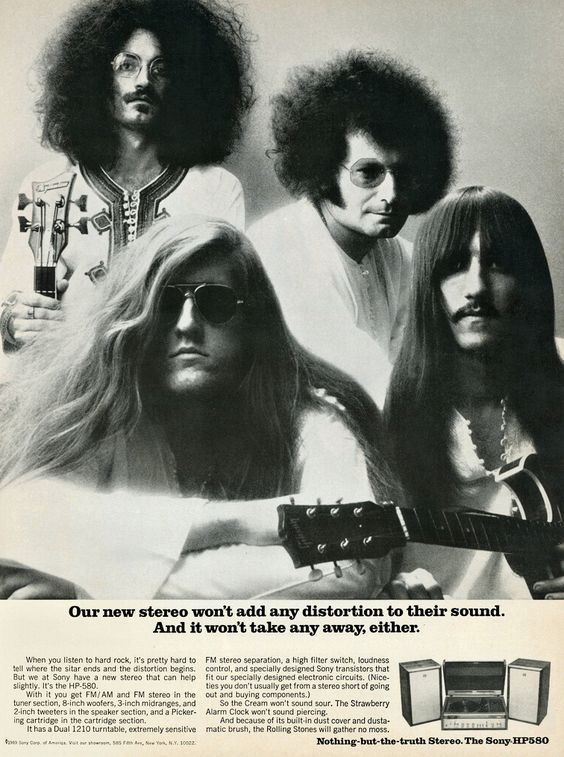 JCHNo, again, it’s not your imagination. It’s definitely a different sound. I was disdainful for so many years because it is a form of distortion. CDs are more ‘truthful’. And if an album sounded crap? Blame the mixer, not the medium. Plus, again, I didn’t realize how much the physical object–the art and so on–matters to people. Hell, I didn’t realize how much it mattered to me!

JCHAs I said, I’ll look at the viability after I get done with the Spring shows. There’s more to it than just sending the same audio files to a vinyl pressing plant.

JCHYou have to master to vinyl. You can’t use the same audio that you send to a CD plant, otherwise it sounds terrible. The reverse of this is a BIG reason the first CDs sounded so terrible. They didn’t realize that you couldn’t just send the same audio meant for vinyl off to a CD plant. It was like Obamacare–despite all the hype, the initial ‘customer experience’ was pretty bad. They fixed it, but those first bad discs created this enduring bad feeling about CD sound quality.

RCSo you have to re-master the songs specifically for Vinyl?

JCHExactly. You have to have a whole round of mixing and mastering on top of the costs of the Vinyl itself. So I gotta figure out what the market really is before I sink a bunch of cash into it.

JCHCon? Are you imitating me or have you really become that cynical?

RCSorry. I was channeling you (laughs). Personally, I would love to have some of your work on vinyl.

RCOK, all. I would love to have all your work on vinyl. That make it all better?

RCSeriously, I would get at least one of your albums on vinyl if only because I think it would be fascinating to hear both versions: vinyl and CD side by side. A lot of fans would do the same. So if I were you, I would start with one album and generate some buzz from fans as to the differences.

JCHAye and there’s the rub, Horatio. Which album to start with.

RCOh… you know… one of the good ones (laughs).

JCHYou may be taking this channeling thing too far. Despite all you’ve done for me, I may have to write you out of my will.

RCBut seriously, I wonder if some of your albums will ‘benefit’–if that’s the right word–more from vinyl than others. I mean, is there one album where the difference in tone between CD and vinyl will be most pronounced? That’s the one to choose.

JCHGood point. I honestly don’t know enough about it yet to answer that question now. I’ll report back after the tour and we’ll make a decision.