We gotta add another year. Another little black dog from hell. Another voice change. Botox and Mister Ed. What’s next? Bodybuilding. We need a montage. War Of The Gargantuas. Ella Mai-Boo’d Up as metaphor for a new generation. Goodbye permanence! Goodbye tradition! Merry Christmas! JC hates meme generators.

Roger CortonIt’s been a while. How you been? Merry Christmas.

JCHMerry Christmas to you! I’m as good as I can be. Et vous?

RCGood. Good. Everything’s good. I always get a little nervous when I don’t hear from you for a while.

JCHWell this time, it’s been more a dog than me. I decided to do one last dog rescue and…

JCHAnd I got THE LITTLE BLACK DOG FROM HELL!

JCHNot exactly. I drove across the state to save this little shit and blew an engine. And that was just the beginning. He’s had over $3,000 just for an ear infection.

JCHThat’s the thing. In the good ol’ days, you’d find out your dog had an ear infection and that would be that. Now they have doggie specialists. Anyhoo…

RCSo we’re now at the end of the year and The Boats is listed as being ready to go in 2018.

JCHWell, just to be clear, I was never exactly specific as to what I meant by that. (laughs)

RCBoy, you really did run for office. What are the holdups this time? (laughs)

JCHWell for openers, my voice has dropped more than half an octave.

JCH(sings) “Well listen to this! I am Mister Ed!”

RCWow. What on earth happened?

JCHIt’s the Botox in my neck and head.

RCHoly side-effects, Batman! How does that work?

JCHSo try singing some high notes. You’ll feel the muscles in yer temples start to tighten up. Well, the Botox is like a long-term Novocaine injection. I start going up the scale and it’s like I just hit a roadblock. The muscles in the side of my head just seize.

JCHHurt? Physically, no. It’s just as if my voice was shifted down. But it’s definitely put the kibosh on finishing the recordings for the album. I put off all the vocal bits to the end.

JCHOn the other hand, the score is done.

RCWell, that’s great! That was what you really wanted to get done, right?

RCWay to show the enthusiasm, there bud.

JCHWell, you know, it’s one point five steps forward and one step back.

RCI hear ya, but when do the shots wear off?

JCHI think in a month. It’s more than that. Look, aren’t you the guy always going on about “Bring back the PROG, Dude!”

JCHWell sure, nothing. I’ve been trying to tell you. I am SICK of this thing. I am soooo ready to move on.

RCI think we’re going to have to have that Marketing 101 talk again.

JCHLook, it’s like that quote I keep coming back to from Michaelangelo when he was asked about making the David. The first three months were fantastic while he was thinking it up. Then it was two years of craftsmanship–important but not creative. Eventually your mind starts moving on to other stuff. But you can’t. You’ve gotta keep sweating to get every detail perfect. And finally you get sick of it.

JCHAnd the thing is, I was planning on getting these injections for-ehverrrr. I’ve been on a waiting list for literally years to get this happening. And then it’s taken a year just to determine whether or not they would work. That’s the thing that’s turned me into such an angry hose beast over the years.

JCHLike I said. One point five steps ahead, etc. You just want some predictability. More than anyone I want to get back out there. But to do that, you gotta be able to plan. Am I whining?

RCIt sounds more like an apology, man. I never understand that.

JCHLook, I always come back to a quote I’ve heard ascribed to Horowitz. “Musicians are athletes of the small muscles”. He meant that literally and I’m always surprised that it’s not taken that way. I think I told you that I bought a house in college and I rented out rooms to make the payments.

RCBrother you sure got a lot of quotes today! But yeah, I do seem to remember you saying that. They were bodybuilders, right?

JCHRight. And I treated my practice just like bodybuilders; that attitude.

JCHBut all these health issues finally catching up to me? Man they do not submit to that approach. Often there’s nothing you can do. And that is not my personality. (laughs)

JCHYeah, ya know, that Yoda shit only works if yer gonna live to be like 900 years old, cuz. I constantly feel the clock running down. Tick tock, motherfucker. I need something I can press against. I need…

JCHSee that’s exactly what I’m talkin’ about. Just fast forward me through all this crap so I can get on to the next creative bit. (laughs). But I am working on the playing.

RCNow that’s what I’m talkin’ about.

JCHHere’s the funny thing. I spent so many years not singing; having no thought of being a ‘singer’ and then I shifted, right? So now, my challenge is in finding creativity away from the voice.

RCAnd not just in not terms of being an instrumentalist, right? You have to block out worrying about the vocal problems. It’s not just a choice.

JCHRight. Like I keep sayin’, practice is exactly like bodybuilding. You have to have yer mental game together. And everyone’s challenge is different, Mine right now is to not get distracted.

RCLike you say, everyone’s challenge is different. My issue has always been that I get bored. I can’t make myself work on the things I know I need to work on.

JCHI can’t tell you how much of an impression those guys (bodybuilders) made on me. Their whole trip was to be constantly working on the stuff you can’t do well. If you want to be really good, that’s the really hard part–constantly making yourself do stuff that is not particularly ‘fun’… when at every moment you know you can INSTANTLY start wanking away on something that is enjoyable–but won’t help you make progress.

JCHOh sure. There are all these routines they might snap into when a fave song would come on that would show off their biceps or whatever. Bridge Of Sighs was a big one.

And the Gap Band’s Party Train was another. It sounds kinda weird talking about it now, but they had a choreography (laughs). There was this movie that was on cable all the time, “War Of The Garguantas” and they’d act out this one scene from it. Somehow it didn’t seem quite so ‘gay’ at the time as it does in the retelling.

RCWow. OK. Back on planet earth. What’s next? Instrumental stuff? Or is there work left to do on The Boats?

JCHNot ready to talk about the instrumental stuff yet. And yeah, there’s work to do on the opera. It’s too late for most of the 2019 season of competitions and festivals, but I gotta put together a plan. That requires the bodybuilding approach just like everything else.

JCHWell, I didn’t have a plan with Detroit. I just decided to do it and then figured it out as I went along. And that worked out OK. Hopefully, having a plan works out better than not having a plan. We shall see. Hell it’s been like six years! I’ll tell ya one thing. I thought The Boats was going to be soooo much better than Detroit. And it ain’t.

RCWhat did I say about marketing? (laughs) Are you saying you’re not happy with The Boats?

JCHNot at all. Maybe I’m saying that I’m not as unhappy as I thought I was with Detroit. I figured Detroit just had to be kinda crap because it was my first stab at this. I told you that I was worried at how similar they were, but now I’m not worried about that. I realize now that they’re two sides of the same coin.

JCHI saw this video last year. It’s been on all sorts of ‘Best Of’ lists.

JCHI want to point out one line in the pre-chorus:

“Oh I’ll never get over you. Til I find something new that gets me high like you do.”

JCHAnd when I heard it I thought, WOW. Now that’s commitment, baby. 😀 But that lyric would never have existed when we were kids. When we were young, it would be all about ‘forever’, right?

JCHI mean that’s how it’s been in literature since, well, since FOREVER. Not to get too expansive, but the people in Detroit, my grandfather’s and father’s and then even my generation grew up expecting a ‘forever’ something. Forever love. Forever faith. Forever career. Forever family. Now? The whole concept of romantic love and monogamy and religion and tradition, etc. It’s goin’ bye, bye. Both shows, Detroit and The Boats are about an event that blows up that sense of permanence. How do people deal with that?

RCAnd this video is the world now. After that shift.

JCHI think so. The couple in that video are perfectly happy with this new state of affairs. They’re both totally cool with being happy with things for now. No expectations about the future. A sort of existentialist view. In some respects I am totally envious. I wish I could be as carefree about the future, right?

RCI guess. But as you say, there’s no room for the things we grew up with; like religion or tradition.

JCHWhich I’m sure is no great sorrow to a whole bunch of people. But that was the thing for me with The Boats. So many people talk about ‘keeping our traditions!’ but I don’t know how that works if you don’t actually believe in the stuff you’re trying to preserve. For example, the Irish language is dying out simply because not enough people actually use it. I mean you can cry all you want but people are what they do, right? If they don’t find it useful? Byeee! Don’t give me this crap about “What a shame!” I hate that shite. You can’t have it both ways. 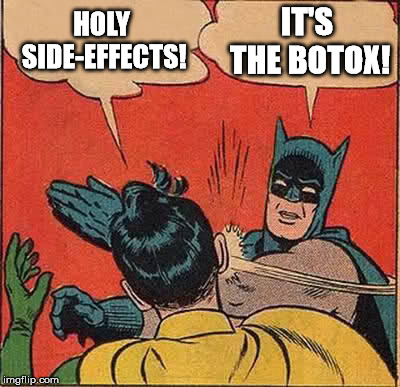 JCHReally? Man, I hate it when they discover meme generators.