Let’s Get This Boat In The Water

Songs From The Boats: Another opera, another album. Available April 1, no fooling. Free if you have no conscience. But there are vinyl and CD versions for decent folk. We discuss loudness. LUFS vs. dBs. Score printing. Authentic Frontier Gibberish. Next steps. St. Anthony, finder of lost objects.

Roger CortonIt’s been a while. Again. Happy New Year?

RCWe have a new record coming!

JCHWell, it’s not some big surprise.

RCWhat’s that joke you always tell?

JCHOh yeah, the Lenny Bruce. (Indian accent) “Oh great Swami, if I don’t smoke or drink or consort with bad women will I really live forever? No, but it will certainly seem like it!”

RCThat’s the one. It just seems like we’ve been talking about this opera forever.

RCSo it says that the ship date is April 1. Any significance there?

JCHYou mean is it some joke? Only in the most ironic sense. Although we talked about the record being basically just the Snippets, there’s a considerable amount of work that goes into turning those those rough sketches into polished pieces of mastered audio that one wants to put on an ‘album’.

RCWhich you are still giving away?

JCHThe quality that most people consider ‘good’ interwebs quality. At least as good as anything you’d get from iTunes. Which will be fine for most people, frankly.

JCHMost cheap-ass, no-ethics, steal-from-the-artist types. And then there will be a CD and a vinyl version. You know, for the decent folk (laughs).

JCHI’ve decided, probably ten years too late, that digital delivery is for saps. Human beings can only value something intangible, like music, if it is within a physical container. Think perfume.

RCI know a lot of artists have come round to that point of view.

JCHI think that’s more than half the interest in vinyl.

RCCome on. I know you’re skeptical about all the hype about how great LPs sound. But you’ve told me how much you like the art on LPs.

JCHOh no doubt. No doubt. But that just proves my point. The beauty of that package is what makes it. I mean come on. I’m thinking of, what was it Led Zeppelin III or Procol Harum? One of those records had like a little game where you could rotate little wheelies and see different images. I hated that record when I got it. 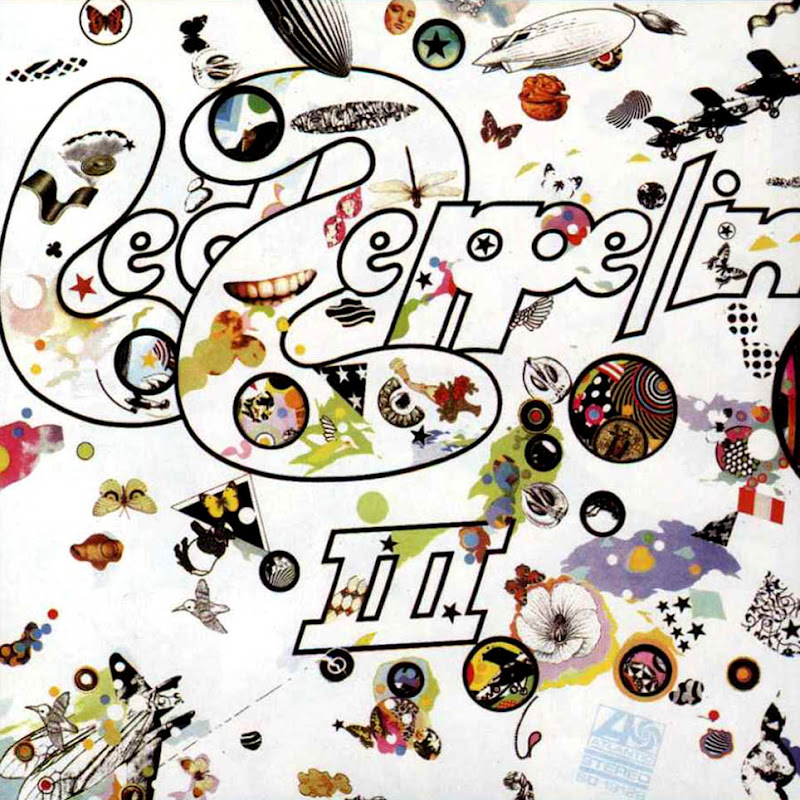 JCHHell yeah. That was the airy fairy one with all the silly acoustic stuff. (laughs) I mean when yer like fourteen, you buy a record from a blues-rock powerhouse and you see this crazy psychedelic cover, you get it home and you put it on and you get all this fairy shit.

JCHOK, confession. I think I put on side 2 initially. Then I flipped it over and you’ve got yer Immigrant Song and…

JCHRight. But my point is that I hung in there because it had the cool cover.

JCHYou ain’t just whistlin’ The Battle Of Evermore, son. Anyhoo, Apple Music and Spotify now publish a spec on how to master yer tunes for (cough) ‘optimal sound quality’ on their platforms so I’m providing a free version of the album mastered like that.

JCHNot exactly. It’s what people think decibels are about. Basically it’s a unit of ‘loudness’. See people think decibels represent ‘volume’ but they don’t really. Decibels were more meant for engineers with measuring equipment so it’s been kinda meaningless all these years when people have tried to to talk about the difference in ‘volume’ between two CDs or two shows on TV. Anyhoo, the various broadcast companies finally got together to solve the problem that, you know, different programs and commercials sound different right? One would be noticeably louder than another. Well, LUFS is a standard to fix that. So if you mix your song at, say, -16 LUFS and put it on Spotify, it should sound like it fits alongside all the other songs on Spotify. Maybe it’s quieter or a bit louder, but if so it’s because it’s meant to; ie. it’s all intentional. I hope that made sense.

RCNo, that totally makes sense. Does it work?

JCHMostly. It’s not perfect, but in general it does seem to solve the problem of the commercial sounding TEN TIMES AS LOUD AS (sotto voce) the program.

JCHWell, you can still do that. But then it’s a sound choice. I mean you master to your target loudness–the loudness of the platform. You don’t go beyond that. If you want to get that slammed sound you do it before mastering.

RCAnd the industry is going along with this?

JCHIronically, the downfall of the traditional record biz has made it possible. As I said, Apple has a standard. Spotify has a standard. All the broadcast and video providers like Netflix have a standard. So who else matters? You master to those standards because your only hope for commercial success is placement on one of their outlets. And they have heard from the public: we want consistency in program level. The Empire has spoken.

RCHooray for the Empire! Now where were we?

JCHWe were talking about April first.

RCRight. So what happens then.

JCHNot sure. I don’t wanna jinx it but I am finally starting to get a handle on these health issues. I wanna give it a couple more months before I say anything too optimistic. But getting the record shipped is step number one.

RCFair enough. Do you have any notions about what happens after that?

JCHStep number two is getting a proper score and copies printed.

JCHBwahahahaha (laughs). You think LUFS is a long tangent? I could do twenty minutes on score printing!

JCHI won’t. But when I finished Detroit, maybe the stupidest thing I did was to only have one true copy of score and parts professionally printed.

JCHSee you’re thinking that my fancy schmancy home computer could just whip out the score on ye olde laser printer. But that’s not how it works. It’s been years but you may remember how I used to scream at how terrible the notation was that came out of my computer. After I’d finish the audio and my hand copy of the notation, I’d then spend weeks tweaking the notation which I’d then send off to a for reals copyist to make a true score and set of parts.

RCThe parts that the players use.

RCAnd you created one set for Detroit?

JCHYep. It costs a fortune. I was broke. My hare-brained idea was to rent the thing and I had no idea if any schools would go for it.

RCSo are you going to print more than one copy of The Boats?

JCHWhat are you, nuts? (laughs) Not sure yet. I’d like to think I’ll have as good luck but who knows?

JCHWell, April is when the music schools get out for the summer. My hope is to organize students again to do some recorded rehearsals. That really helped me in a bunch of ways with Detroit. I think that’s all the chicken counting I want to do at the moment considering I’m still not quite done sitting on the, er, ‘egg’.

RCNow who can argue with a metaphor like that?

RCOne thing and I’ll let you go. I encouraged you to put out these snippets while you were composing the thing and I know I complained that it was confusing to me that the pieces weren’t coming out in order. But you told me over and over that it would all make sense once I saw the final sequencing. So you’ve updated the web site so now I see the sequence and…

RCBut there’s still one thing I don’t get. When you were working on all these ‘transitions’, you’d tell me that you had no idea which position they were meant to go in the piece.

RCSo… how could you possibly know that they would all fit together?

JCHFuck no. But you said you had to split so I just pulled St. Anthony out of me arse. He’s the finder of lost objects ya know.