Is this the last Transition from the opera The Boats? Majesty. ELP. Copland. Grand Canyon. James Newton Howard. Star Wars. John Williams. Brass. Fanfares. James Levine. Unpersoning. 1984. Free Association. Free psychotherapy. The point of all these Transitions. Wozzeck. The nobility of fishermen. Comic books are so 2D. Gluck. Quicksand is the bitch.

Roger CortonBefore we get started, I just wanted to do a truth check. Last time you promised that this was the last ‘Transition’.

RCI knew it was too good to be true. But I have to admit. This is pretty majestic.

JCHYou wouldn’t know majesty if it bit you in the face! God help me, I still think that’s a total scream.

RCI do too. Although for a long time I didn’t like the way they make fun of guitarists.

JCHI feel ya. That’s a large part of what turned me off about guitar shredding. It’s not as much fun without the adulation. (laughs)

RCBefore things spin out of control. This seems like it’s pulled from the finale you ranted almost a year ago.

Finale (You Can Dream)

RCDoesn’t it, though? But stripped away from the drums and bass it sounds like something else entirely. I’m thinking ELP.

JCHWhich is, of course Aaron Copland.

JCHBy the way, James Levine has been unpersoned. I kinda wish you’d pick another video.

JCHThe conductor with the perm. He’s been credibly accused of sexually abusing like a gazillion guys during his career.

JCHIt’s everywhere. Unpersoning? You know, in 1984, they remove you from all documents so you never existed. Levine got fired from his gig as head of the Metropolitan Opera and then like the next day all traces of the guy were removed from their web site and PR materials. All his recordings were taken off Sirius. He was as big in the classical world as Bill Cosby was in TV, etc. So this is huge. I’m actually a bit surprised any of his stuff is still on Youtube.

JCHAnyhoo. I dunno what was going on when I came up with this, but I probably should credit the movie Grand Canyon, which has a totally out of the blue fanfare at the end which is just great.

JCHI dug it because it’s real film music. The guy who wrote the score got a chance to be a real ‘composer’ for a day. And that’s so rare in movies these days.

RCWe’ve talked about this before.

JCHWell, we’re talkin’ about it AGAIN! (laughs). Listen to most movie scores now. They’re mostly ‘atmospheric’. The music never really gets a chance to be a real melody like in the good old days. When was the last time you saw a movie with a really memorable melody.

JCHBecause it’s so rare. Strings pretty much dominate most people’s thinking when it comes to movie music. Or even orchestral music. You just don’t hear ‘brass’ all that much anymore. Except for the occasional jazz band.

RCNow that you mention it, I see what you mean. OK, back to this piece. Now that we’ve been through these transitions, I get the pattern.

JCHDo you? Do you REALLY?

RCI really do. The Transitions are themselves ‘snippets’ of material taken from the ‘arias’.

JCHOr maybe it’s the other way round? Ha! Didn’t think of -that-? Did ya?

JCHThat’s for me to know…

RCYeah, yeah. Stop being a pain.

RCWe’ve talked about everything before.

JCHNow you stop it (laughs). You’re right. I told you that would happen. The Transitions seem to be about ‘filler’ music between scenes–to give the people time to move scenery about. But they’re not. In other words, I would probably have them in the show even if there was some magical way to quick cut between scenes with no stops.

JCHBecause you need to have, what they call in show biz ‘beats’.

JCHYes. The word ‘beat’ is a lot like how Lenny Bruce used to talk about the word ‘motherfucker’. It can mean a bunch of different things in different contexts. You know, “that guitarist is a -motherfucker-! Or, “that motherfucker stole my car!” (laughs).

RCBut what about ‘beats’ here?

JCHYou need to have moments to let the audience digest something they’ve just watched. For example, in plays or movies, after someone hears something shocking, there will be a beat where the action stops. Or after an action sequence, there will be a moment to allow the audience to calm down and process what they’ve just seen. These Transitions are moments where I want the audience to slow down and really absorb something they’ve just seen or to give them a premonition of what’s about to happen. Thus the fact that these bits also show up in the music during each scene. It really ties the room together, Dude.

RCI was just thinking that. So you planned this? If so, why do the Transitions keep moving around?

JCHLook, I’m going to tell you a little secret. These chats/rants feel a lot like some half-assed psychotherapy.

JCHNo, I’m not. You ask these questions and I basically free associate.

JCHYou know, say the first thing that comes into your mind? Freud and so on.

JCHLook. You ask me these totally reasonable questions. But I often don’t have an answer. I’ve literally never thought about it. So I just bullshit away.

RCSee that’s why I said that your questions are totally reasonable. Because when I hear them, the first thing that goes through my mind–and before the bullshit starts–is, “Why don’t I have an answer to that? I should have an answer to that!” It’s only later that it dawns on me that there is a master plan. The ‘plan’ reveals itself basically accidentally. And yes I know how that sounds.

JCHTotally, dude! But that’s just the thing. If these chats/rants weren’t happening, I wouldn’t have any idea how this shit works. And I’ll give you something even more pretentious. It just dawned on me where the notion of these ‘Transitions’ came from: Wozzeck

RCYuck. Shirley you must be joking. Get it?

JCHI get it. I can’t begin to tell you why Wozzeck is one of the great works of the twentieth century.

RCYeah, save that one for the memoire (laughs). But look, what strikes me as we talk is that you never seem to think that you had any original ideas. It always comes from someone else. I think that dilutes your work.

JCHWell like I said, you ask these questions and I feel compelled to go… Hmmm… where did that come from. So it’s ALL YOUR FAULT, ROG!

JCHI got a million of ’em, Alice. Look, I just don’t take this as seriously as it sounds. It’s a joke. That isn’t a joke. But it is a joke. Every creative person doesn’t want to come off as pretentious. So you make light of it. But underneath it’s deadly serious.

JCHIt’s where, after all, you realise how Toothpick City it all is. But you just can’t help yourself.

RCThat’s you, my friend. Well, we’ve spun out of control. Again. But I’ll make one last, lame attempt to get a straight answer.

JCHYeah, good luck with that, mate.

RCSo why is this ‘majestic’ piece in there? What is its purpose in the show? On your mark. Get ready. Hit me with the bullshit.

JCHWell, since you asked (laughs). But ironically, I have a real answer for ya this time.

JCHIn opera… or movies… same difference… the music tells part of the story. And you can work it a couple of different ways. For example, you can give every character their own theme.

JCHEXACTLY! That’s called a ‘Leitmotif’. It comes from Wagner. And its handy if you’ve got a ton of characters. So every time Princess Leia walks into the room, the strings fire up her theme. That’s not what I’m doing here.

JCHAnother way to go is to have a theme for different emotions or goals in the story. Like in ‘Rocky’ there’s a theme for when he’s training and then when he’s afraid about losing Adrian. And then one when he finally wins. And so on.

RCGot it. So what are we doing here with all the brass?

JCHThere needed to be a theme which represented the fishermen. Not each guy per sé but collectively. The nobility of doing something highly skilled and dangerous in order to support your family.

RCWhich we talked about a lot in Detroit.

JCHSame thing at bottom. Although the life of a fisherman is a lot more alien to most people than, say, an auto worker.

RCActually, I think that is becoming alien to most Americans now. Most people no longer work in factories.

JCHThat’s a good point. Anyhoo, fishing on the high seas is something exotic now, but I wanted some music that represents the nobility of that life. And one last thing: That music is internal. The orchestra is playing what the men are and not how they would talk about themselves. The point of the music, often, is to explain the characters, but without the characters having to explain it.

JCHRemember old comic books? The characters often say shit in those speech bubbles that people in real life would never say. Because in comics there is no other way to give the reader information. Books are like ‘2D’ But in opera or movies, the music can tell the story without having to say a word. They give you that third dimension. As Gluck supposedly said, “The characters may lie, but the orchestra tells the truth.” 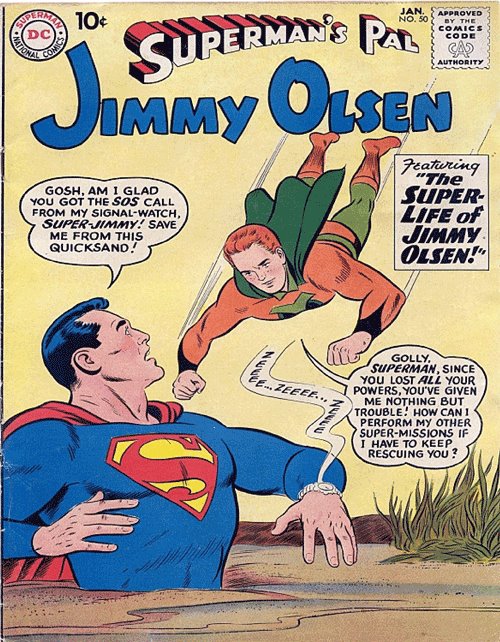 RCI wonder if ‘Gluck’ ever had to deal with quicksand?

JCHIt’s the bitch, ain’t it?